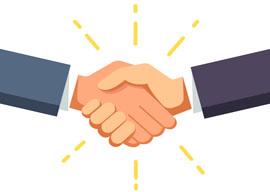 White men have been getting a bad rap lately. We”re complete idiots in commercials and on TV in general. Other races and genders roll their eyes at us and say things such as “Dear white people“ in a tone that implies they”re going to explain this to us one last time. I never really thought of myself as a white male until everyone said it’s a terrible thing to be. After looking it up, turns out we”re pretty great”maybe not “supreme,” but definitely a combination of race and gender you should peep. Here are my 10 favorite things about us.

(1) WE”RE CURIOUS
White guys want to know what you do for a living. They also want to know how that business functions. They”re not trying to gather information or steal it in some kind of long, drawn-out piece of espionage. They”re generally interested in where your company buys the zippers they need to make the camera cases your factory produces. This goes for all classes of white guys. Rich guys want to know how a poor guy’s job works and poor guys are fascinated by how a rich guy’s job goes. Even Trump, I”m told, won”t stop asking his guests questions about their lives.

(2) WE INVENT STUFF
You know that show How It’s Made? This is what white men watch when there’s nobody around to ask questions to. It’s basically just a long documentary about all the innumerable inventions white men have dreamed up. From how garden hoses are cut to how tractors are built, the show is an amazing example of this strange trait that appears to be unique to white men. I don”t know why we are so good at this. Asians are smarter than us, but they can”t seem to invent shit. Perhaps white men have the exact balance of arrogance and naÃ¯vetÃ© needed to come up with something as unfathomably weird as electricity.

“While we may have been behind much of the bad in the world, we”re also behind the vast majority of the good.”

(3) WE”RE GREAT AT SYSTEMS
If you go to Sundance this year, I highly recommend you rent some skis. Even if you don”t use them, the process is a fascinating example of the incredible systems white men have created. The place can be completely packed but within twenty minutes you”ve: signed a release, had your feet measured, got your boots, been matched up with the appropriate bindings, had them attached to the skis, and paid, all in one long, continuous assembly line.

We”ve done this all over the world and some don”t seem worthy of such gifts. We brought roads and infrastructure to India and they are still using them as toilets. Our criminals built nice roads in Australia but aboriginals keep using them as a bed. The next time someone bitches about colonization, the correct response is “You”re welcome.”

(4) WE”RE NICE GUYS
Back at the turn of the century, white men suggested we publicly flog men who beat their wives. The rationale for this was that putting them in jail punishes the woman because now she’s out a breadwinner and that may discourage reporting abuse in the future. Feminists say we need to “teach men not to rape,” but we do. We throw them in jail for 15 years and we”ve been doing so for a very long time.

The narrative is that white men were Nazis and rapists and slave owners, but white men also killed the Nazis, jailed the rapists, and abolished slavery (as Pat Buchanan says, we didn”t start it, we finished it). We have a lot of women here marching for rights they already have and minorities complaining about oppression, but nowhere in the world is there more free speech, gay rights, feminism, and need to embrace diversity than in the West. Personally, I think they”ve gone a little far with it all, and the fact that appeasing these ingrates only makes them complain more makes me think they”re getting a little spoiled.

(5) WE LIKE NATURE
Where black people think camping is suicidal and Chinese people cut down trees because they”re bad luck, white men get a sense of euphoria from being in the forest. We like following a creek for miles just to see where it goes and then using a felled tree to cross it like a little hobbit bridge. Only a tiny percentage of hunting is shooting animals. The rest is just sitting perfectly still in a tree and taking it all in. Days after being in the woods, we still feel a euphoric buzz remembering how magnificent it all was.

(6) WE HAVE SIMPLE TASTES
I”ll never forget the time my dad said, “I could be happy in an abyss. Now…if there was a chair there that would be good, and if there was a six-pack that would be okay, too, but I don”t need those things.” I told him that an abyss is death and he shrugged and said, “You need to release yourself from the fear of it. It’s cathartic.” This is probably why we do so badly in divorces. We can be happy in a studio apartment with a cot and a hot plate. If we can”t have that, drop us off at the edge of the forest with a tent and some hot dogs.