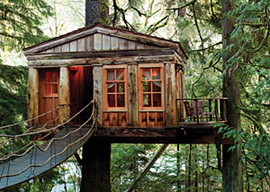 5. BEING AN ENTREPRENEUR IS STRESSFUL
Running startups is fun because you get to call the shots and create something from scratch. You feel like you”re part of the American dream when you create jobs and build a business, but there are about a dozen failures behind each success and having employees is like having kids. You need to keep a roof over their heads and that means you”re never off the clock. If a client wants to be entertained after a 16-hour shoot, you had better take him out and you had better be entertaining. If his jokes aren”t funny you have to fake-smile and by the end of the night, your cheeks feel like they”re being murdered.

6. THERE ARE BEAUTIFUL WOMEN EVERYWHERE
Living in New York City is like getting slapped in the face by your own erection every five minutes. Can we get some sharia law up in this bitch? I”d rather see burqas all day than have to stare at women who look like they”re walking down the runway in a ZZ Top video. I can”t even fantasize about them because infidelity would ruin my marriage and hence my kids” lives, so I have to imagine my family doesn’t exist. Then I”m just sad.

7. MY KID’s TEACHER SAID “LIKE”
Private schools cost a fortune in New York but the public schools are so terrible, the supply still can”t meet the demand. Once you”re finally afforded the opportunity to pay through the nose just so your kid doesn”t spend all day fighting Puerto Ricans, you”re still stuck with a teacher that says your boy’s progress is “Like, really amazing.” OMG. My father’s generation learned Latin for free. Today it costs tens of thousands of dollars to teach your kid to talk like a babysitter.

8. I HAVE TO GO THE BEACH
You”d think being dragged to Saltaire every summer would be enough but nooo, my wife has to haul the whole family to the Caribbean every winter. Who came up with the idea that beaches are fun? You stand in an outdoor oven until your skin feels like it’s going to burst into flames, and the only respite is a body of water that’s either bashing you in the head or pulling you out to sea. You can”t even swim in it. All you can do is bob there, soothing your sunburn while avoiding the next wave. God already made a beach for white people. It’s called a “lake.”

9. I CAN”T DRILL THROUGH THIS TREE
I want to build a tree house for the kids but instead of using lag bolts or carriage bolts, I want to go with this Garnier Limb everyone’s talking about. The problem is you have to drill right through the tree to make it work and the only drill bits I can find to go that deep are for cement. That means they”re dull as shit and it can take all day just to get through. Doing the job right and building something that lasts is a real pain in the ass.

10. I”M RACIST
I didn”t think I was. My goal when hiring someone is getting the most qualified person for the job. When choosing friends I gravitate toward those with the same interests as me, but because my personal world doesn”t perfectly mirror the demographics in which I live, I”m racist. Black women can set up dating sites searching for white men because they “deserve better.” Gays can dominate elections and even go on smear campaigns with impunity. Hispanics can create a government-funded, pro-illegal organization called “The Race.” But because these groups aren”t winning, only they can complain. Winners can”t complain. They can”t even complain that they”re not allowed to complain. I think that’s racist, too. The population stats say we”ll get to be on the losing team in about 40 years, but I”ll be too dead to complain by then.