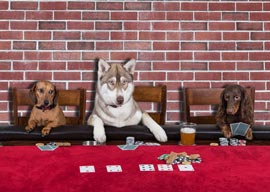 You can blame the kids, the Internet, pus in the milk, IngSoc English professors, or Ritalin, but 2014 has got to be one of the worst years in letters since the alphabet was invented. Sure, some good books were published, but no one read most of them; the more that marketing and social media dominate the landscape, the faster the cream sinks and the logs float.

I”m only one small, irritable pair of eyes, and doubtless there were umpteen journalistic and literary abortions, injustices, and plagiarisms this year that I didn”t have time to notice. The sea is vast and poisonous, but from where I”m sitting, these are some of the worst.

8. Hachette and its authors cried about Amazon.

When Amazon cracked the whip to bring the Hachette publishing group to heel, every author who’s been snubbed by a major publishing house in favor of some editor’s cousin rejoiced in schadenfreude. The literary establishment has gone to such beaverlike lengths to destroy its own industry that hearing them squeal about the big old corporate bully was the funniest lip-flap I heard all year.

7. No one sued Emerson Spartz.

It’s not that strange that Emerson Spartz loved Harry Potter so much when he was 12 that he spent all his homework time blogging about it. You can almost forgive his creepy e-precocity in figuring out, with the help of his dad, how to monetize his blog and make his first fortune reposting J.K. Rowling’s intellectual property for fun and profit.

“Unfortunately, if you”re smart and daring, your hooky premise is probably going to scare people.”

But now that Spartz is an adult creep, he’s proud to have built an entire multi-site media company around combing the web for content to steal and reblogging it for clickbait; one hopes that soon he”ll swipe from somebody with the means and inclination to sue his pants off for copyright violation. Before I read this cutting profile on the little weasel in the new issue of the New Yorker, I hadn”t put nearly enough thought into the economics of clickbait. The Internet is a filthy place.

6. They gave the Nobel Prize in Literature to a good writer, which will probably confuse people.

Contrary to popular belief, the Nobel for books isn”t meant, even in theory, to go to the best writing in the world. It’s meant to go to the most well-meaning writing in the world: Alfred Nobel’s will states the prize must go to “the most outstanding work in an ideal direction.” So when they hand out awards to unbearable bores like Toni Morrison and Alice Munro, they”re actually following the old man’s silly wishes.

But this year they gave the prize to someone who can write a dark and compelling line: Patrick Modiano. Do not let the stamp of the Nobel Committee’s approval dissuade you.

5. Emily Gould from Gawker is still doing her “Cooking the Books” podcast.

This isn”t a major event, thankfully, but it’s definitely an abortion, featuring one of my least favorite pseudo-literary celebrities and, even worse, authors she considers famous. “Cooking the Books” is a podcast conceit wherein the intrepid young journalist lobs softballs to her unreadable idols while they cook gluten-free bobo treats together.

Here’s a typical bit of dialogue, from her interview with Xanax-fueled phony Tao Lin:

Q. What are some of the most common misconceptions about Tao Lin? You don”t have to talk about yourself in the third person to answer the question.

A quote from Gould’s most recent podcast, with Chad Harbach, showcases her hard-hitting interview M.O.:

If everyone at Saturday Night Live was having a bad day at the same time and they decided to parody a literary salon, this is what it would look like.

4. Nepotism in publishing is so normal they don”t hide it anymore.

Publishing has never been a perfect meritocracy, but decades ago outsiders would get invited in without tokenism or fanfare. Now even would-be “indie” outfits are dripping with debutante credentials, as epitomized by the cozy relationship that the n+1 webzine enjoys with powerhouse agents like Christopher Parris-Lamb. The New Pop Lit group, formerly known as the Underground Literary Alliance”a watchdog group that’s been hounding the New York scene for almost 20 years”does a nice exposÃ© on n+1’s schizophrenic leftism here.