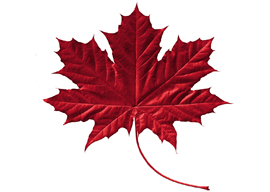 NOVEMBER
After Trump won, the world lost they gawdamned minds. Many of us were naive enough to think it would go like the World Series where you accept your team didn”t make it and get on with your life. Trump’s victory led to all kinds of denial including millions of people convinced they could overturn the Electoral College. When it didn”t happen, protesters in Portland took to the streets screaming about how much trans people need a voice. To this day, Michael Moore is convinced “we” can win this thing. He’s no doubt crestfallen that his brilliant speech about Trump voters helped get him elected.

The general consensus now is that Russia hijacked the election by releasing embarrassing emails. The fact that the emails are true doesn”t seem to matter. As far as I”m concerned, the emails were only a tiny fraction of why she lost. Benghazi, her corrupt foundation, her uranium dealings, her curious body count, her relentless lying, and her lack of likability are all up there, but the main reason she didn”t win is because they ran a terrible candidate!

The meltdowns on election night were a joy to see. The Young Turks implosion is a keeper and the celebrity meltdowns were even better. My favorite is “titless boar“ Lena Dunham calling Paul Ryan and getting mad at his answering machine, followed by Saving Private Ryan‘s Adam Goldberg doing the same thing and describing himself as “the Jewish soldier [who] gets stabbed to death by a Nazi.”

Kanye West was hospitalized shortly after admitting he would have voted for Trump if he voted. After an entire career of saying crazy things, this was what got him institutionalized.

There was also a solid ramping-up of the type of hate crimes we saw at the beginning of 2016. In one week Bowling Green State University had two. A man claimed racists shoved him to the ground and hurled racial slurs at him, which was a lie, and a few days later a black woman claimed Trump supporters threw rocks at her. In Louisiana, a woman claimed Trump supporters stole her hijab and her wallet, which was a lie, and the NYPD recently charged Yasmin Seweid for lying about Trump supporters stealing her hijab before she vanished for a week. This was also the month we heard about a Muslim student at the University of Michigan who claimed men said they would burn her if she didn”t take it off. She was lying.

For every hoax about a Trump supporter attacking someone, there were several examples of Trump supporters being attacked. In June, roving mobs attacked several Trump supporters simply for wearing MAGA hats. We saw more of this behavior in September when a kid in El Cajon, Calif., was attacked by a mob. These victims don”t usually have parades in their honor and a lot of press coverage. They just clean off the blood and get back to work.

I was disgusted to see Jesse Hughes be refused admission to the Bataclan for their year anniversary of the attack where ninety of his fans were killed. He’s been in trouble since the attack because he implied that some of the staff were in on it during an interview I did with him. Rock en Seine canceled the band’s appearance at their festival and I saw a mural in Los Angeles the band was painted out of. When we learned that 82 members of Paris” soccer stadium’s security were on the terror watch list, nobody apologized to Jesse. Few noticed. When we discovered the government had hidden many horrific details of the massacre including pregnant women being disemboweled and men having their genitalia cut off and fed to them, even fewer were outraged. He criticized Muslims after they tried to murder him so he must pay.

Some of the worst swastikas ever created were spray-painted on a park in Brooklyn with the words “Go Trump.” It’s clearly either a prank or the work of a 13-year-old, but that didn”t stop everyone from Muslim clerics to rabbis to the remaining Beastie Boys from congregating there and committing to wipe out hate.

DECEMBER
“Vote Trump” was spray-painted on a church in Mississippi that was burned to the ground. The media seemed to enjoy this vindication of their view of America, claiming, “This act comes with heavy symbolism in the United States. Black churches have long been burned in acts of intimidation and hatred.” The guy who did it, Andrew McClinton, looks a lot like fellow black man Gary Nathaniel Moore so the media killed the story. Like Gary, Andrew attended the church he set fire to.

The cucking of comedy has continued unabated this year as one of my favorite comedians just did a parody of “Baby, It’s Cold Outside” claiming it’s about putting roofies in a drink. This boring joke ignores the second part of the film where a woman does the same to a man and it’s a great example of how the alt-left have become a bunch of Church Ladies out to ruin fun. This is the same month we saw Sam Hyde’s show get pulled from Adult Swim because he’s a Trump supporter. Comedians such as Aziz Ansari whined that Trump makes his Muslim parents feel unsafe. Indian-Americans are way more successful than white Americans and they just got here, but they get to complain like they were slaves 400 years ago. Even after an attack, they get to complain. After the Orlando shooting, The Daily Show‘s token Muslim Hasan Minhaj claimed it was the result of a bizarre “cocktail“ of American failures including our lack of gun control, the way we deal with mental illness, and, of course, our own latent homophobia. Islam didn”t come up despite the shooter doing his darndest to ensure it did.

This bullshit used to work. We used to consider the possibility it’s all our fault. We elected a black president and begged him to fix the mess we”re told we created. When it got worse, liberals had to fabricate prejudice and hatred out of thin air. That didn”t work and so Trump won. It’s still going to take a while for these mentally ill zealots to realize the jig is up. Their entire existence was predicated on the lie that America is a racist, sexist, homophobic, transphobic, ageist, ableist, xenophobic hellhole. That’s a lot of unraveling to do. Until then, we”ll be right here making America great again.