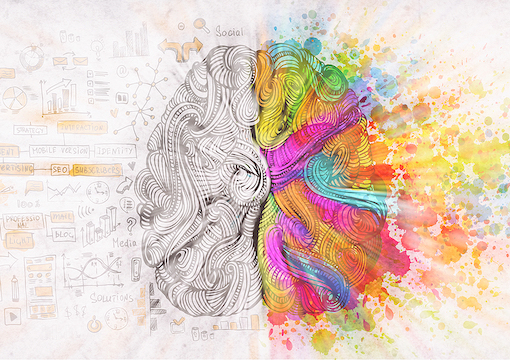 The two most important features of the long-running culture war in the United States are that the left has won every fight and the right has never learned from failure. In all of its manifestations over the years, the American right has never figured out why they lose every engagement with the left. Instead, they have internalized failure, making it a key feature of how they engage with the world.

The reason that the right never wins is they insist that facts and reason are the solution to the conflict. The typical conservative is an objectivist. He assumes there is a right answer to every social issue. If you study the problem long enough the options will emerge, as well as the benefits and liabilities of each option. Since there are no perfect solutions to the ills of society, you pick the least bad option.

Further, the conservative mind must assume that the point of politics and meta-politics is to flush out these options. That means everyone engaging in public debate sincerely wants the correct answer. Conservatives will acknowledge that some people come to the debate in bad faith, looking to profit from the conflict, but they assume most, especially those on the left, truly seek the best solution to the problem at hand.

“The reason the right always loses to the left is that the right is trying to defeat moral claims with facts.”

As a practical matter, this means the conservative side comes to every dispute festooned with facts and logical arguments based on those facts. They assume that if they can make their case just the proper way, the left will have no choice but to accept their conclusions. At that point, the left will throw down their weapons, thank the right for enlightening them, and embrace them as brothers.

This never happens because the left is not motivated by facts and reason, at least not the facts and reason so pleasing to the right. Their social and political positions are rooted in the deeply held belief that they are on the side of angels or, as they prefer to put it, the right side of history. For the left, political opinion is a positional good. They hold political and social opinions to signal their moral virtue.

Assuming a genuine Marxist should oppose immigration on economic grounds, the Marxist will be for open borders. We see this with Bernie Sanders. He is a classic old-school Marxist, but he abandoned those economic claims in favor of the moral claims around immigration. The reason is the people on the right side of history support open borders, so he supports open borders.

What support for immigration does for the progressive is establish her membership in the group, but also tell her coreligionists how much she cares. Open borders could be killing millions of people, but that does not matter. What matters is she cares about those poor, downtrodden people trying to cross the border. Caring about strangers is a first-order virtue on the left, so all progressives support open borders.

This is why clever arguments like the one from Mr. Horowitz are doomed. No matter how accurate his presentation, it can never force someone to abandon what she believes to be the moral position.

Another good example of how this works is health care. Every good progressive will tell you how much she favors universal health care. The fact that such a thing is as impossible as leprechauns on flying carpets adds to the appeal. Universal health care is a positional good. If you favor it, it means you care about those who are suffering. If you oppose it, you are one of the blackhearted devils on the other side of the wall.

The fact that all goods and services are rationed, with no exception, has no impact on the progressive mind. According to the logic of their faith, the impossibility of universal health care is its appeal. It helps the believer imagine herself in a long twilight struggle, the final push to the promised land. It is why they have no interest in easily achievable goals that would actually make life better. The need to believe means always focusing on the future rather than the present.

The reason the right always loses to the left is that the right is trying to defeat moral claims with facts. This can never happen. Often, the appeal of the moral claim is that it seems to fly in the face of reality. Faith requires sacrifice, and there can be no greater spiritual sacrifice than to hold on to a belief in the face of reality. In this regard, the right’s arguments serve only to strengthen the moral certainty of the left.

Montesquieu observed that political systems have a spring, a spiritual engine that motivates the people in it. Aristocracy relies on honor, for example. Republican systems rely on virtue, the dedication to the system over self-interest. Liberal democracy was not a thing in Montesquieu’s time, so he did not address it, but it is clear that morality is the engine of this peculiar form of social organization.

As a result, all political arguments are moral arguments. They are about the “right thing” in terms of public morality, not the right thing in empirical terms. Forcing people to wear bizarre face coverings has no public-health value, but it does tell the world that the people imposing it care about the world. It is a way for them to say, “This is who we are, and we care about the safety of everyone.”

The implication should be clear. If there is to be an alternative to the prevailing orthodoxy, it must make better moral claims. If the conservative mind is incapable of framing right-wing arguments in moral terms, then there can be no such thing as a conservative in a liberal democracy. They are condemned to be nothing more than a shadow that follows the progressive around from cause to cause.