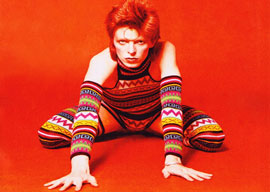 They (“They*”?) say the symbol comes from computing and represents the fluid spectrum of sexuality: Search engines, you see, read the asterisk as a wild card to help users find what they’re not even sure they’re looking for.

By accident or design, this also makes it difficult to use a search engine to research the “trans*” phenomenon itself without triggering an avalanche of irrelevant results. Mentally ill castration fetishists are forever scolding normal people to “educate themselves,” then they make it harder for us to do so. But of course!

Just as conveniently for those who employ this affectation, the asterisk looks like a teacher’s gold star or a precious snowflake, thereby appealing even more to their boundless vanity.

Alas, the peaceful, loving, open-minded trans “community” is fighting like unfixed cats and dogs over whether or not they should put down this cute little keyboard character they only recently adopted. So if you’re a straight/cis “ally” who wants to show how cool and enlightened you are by using that asterisk, be warned that roughly half the trannies on the Web will scratch your breeder eyes out for doing so.

These folks pejoratively describe the five-thousand-year-old manner of referring to individuals as “Male” and “Female” as “binary,” an unintentionally apt word from”once again”the world of computing, just as the asterisk is a thing unknown in nature which exists only on the uppermost row of one’s keyboard.

No wonder Facebook got into the (drag) act, with an assist from a software engineer who is “undergoing gender transformation, from male to female.” These pathetic people inhabit a virtual world of their own online, the real one”with its “transphobic” public washrooms and “judgmental” stares and imperfect surgical and chemical solutions to make-believe problems”having proven too much to endure.

Their lives are so horrid that, as trans activists never tire of informing us, their kind commits suicide at a higher rate than the average/normal/whatever-the-word-is-this-week population.

As “advances” such as this one at Facebook become almost daily news items (and threaten to get me charged with a hate crime every time I write about them, because Word’s factory-shipped spell-check feature stubbornly refuses to recognize trendy neologisms), another phrase from computing comes to mind:

Is that suicide statistic a bug or a feature?