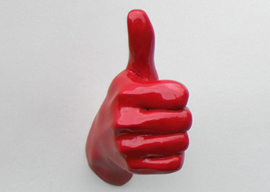 We honor this septet of infamous names for recently achieving headlines by daring to go against the grain”for better or worse. Gaze upon high society’s ballsiest members who are now permanently inducted”whether they like it or not”into Takimag’s Daredevil Hall of Fame:

Speaker of the House and fulltime crybaby John Boehner still says he’s flying commercial to and from his Ohio district to DC instead of using the jet designated for him. He gets a nod for daring to underplay Nancy Pelosi’s $1,000,000-a-year Air Force flight bill, but someone better tell American Airlines to stock up on their Kleenex.

Don”t cross America’s self-proclaimed “Most Courageous Congressman.” Rep. Dennis Kucinich settled with the House of Representatives cafeteria for selling him a veggie-wrap sandwich with an olive pit in it which he says caused dental damage. Gutsy move, sure, but he did actually get money out of the eatery. Kucinich asked for $150,000 and received an undisclosed amount one week later. If you can’t rip off taxpayers one way, try, try again.

John Paulson earned a cool $5 billion last year”or $13.7 million a day”for his shrewd hedge-fund managing and by anticipating the mortgage market’s collapse, which is still paying off two years later. He even topped his personal haul of $1 billion in 2007. It’s enough to resent any man in finance, but give credit where’s it due: We should all be as diligent”or sneaky”as the 55-year-old man following in Warren Buffett’s shoes. And remember this lesson: Always bet on gold.

Adam Dell wants to go toe-to-toe with Top Chef beauty Padma Lakshmi and is fighting for full custody of their young daughter. Lakshmi’s reportedly fuming that Dell, whom she was only casually dating when she got pregnant, is taking such an interest in their child. At least he can afford the priciest lawyers. He’s Dell computer founder Michael Dell’s brother, but since Lakshmi’s currently dating gray-headed billionaire Teddy Forstmann, money’s no object. Dell needs all the luck he can get for this courtroom tango, as Lakshmi’s an old pro with getting out of awkward situations”remember her what-was-she-thinking marriage to Salman Rushdie?

Taco Bell thought outside the bun and published full-page ads in the Wall Street Journal, USA Today, and The New York Times saying “Thank You for Suing Us” in response to the class-action lawsuit claiming their meat is only 35 percent beef. The company is fiercely defending their product. But look very closely and the fine print will remind you: Even if it’s full-blown beef, the spicy beef burrito still tastes like a slightly higher-end dog food.

Ted “Golden Voice” Williams has dropped out of rehab after only two weeks, preferring to overcome alcoholism on his own, despite pleas from his mother for him to continue getting help. Williams was corralled into rehab by the ultra-pushy Dr. Phil, who used him to juice up ratings for his daytime talker. Williams says he didn”t feel right about the shrink’s requests for follow-up interviews. Only a brave man crosses the spawn of Oprah, but Godspeed, Golden Voice. Run far and fast from Dr. Quack.