A Book Without an Audience 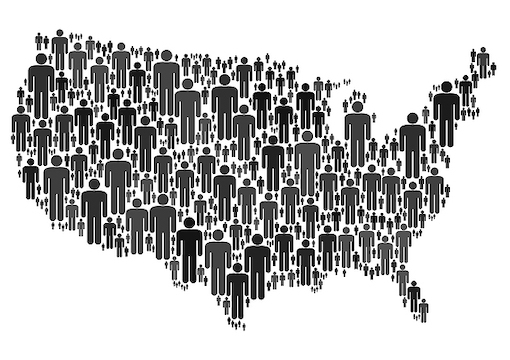 Charles Murray is arguably the leading conservative intellectual in America today, so when he has something to say, people on the right pay attention. This time it is a mercifully short book titled Facing Reality: Two Truths About Race in America. It is a comprehensive summary of the biological reality of race. It also argues that elites need to face this reality or risk fueling the growth of white identity politics.

Although unaddressed by Murray, the true political divide in America is over race and the reality of human biology. On the left are the blank-slate egalitarians. They remain convinced that human beings are amorphous blobs that can be shaped by society into whatever society wants. The other side are those who accept biological reality and the implications it holds for human organization and social policy.

Murray is targeting the people on the blank-slate side of the divide with this book, because they are the people who run the country. They control the global corporations, the financial system, the academy, the media, and the culture. They are also the people behind the antiwhite pogroms so popular today. It is Murray’s fellow whites in the ruling class who are waging the war on whiteness.

“Despite the fact that no one in his target audience will read the book, it is an excellent summary of the important data regarding race.”

One bit of unintentional irony here is that shortly after Murray released this book, the ruling elite cooked up the ridiculous holiday of Juneteenth. Just in case it was not obvious, both political parties decided we had to have another day on the calendar to remind white people of racial reality. Combined with the total silence from elite opinion journals, it is fair to say his target audience is not taking Murray’s advice.

Despite the fact that no one in his target audience will read the book, it is an excellent summary of the important data regarding race. Murray summarizes the mountain of data we have on cognitive ability. It is now beyond any doubt that the races are not equal when it comes to intelligence. The IQ hierarchy is Jews, then East Asians, Europeans, Latin Americans, and then Africans at the bottom.

He then explains how intelligence strongly correlates with life outcomes like educational attainment, employment, and so on. On average, being highly intelligent is a big advantage in life, even in areas that are not very demanding. The smart truck driver will perform better than the dumb truck driver. In more demanding fields like science and finance, intelligence is the defining quality, the basis for success.

Murray addresses the claims from science deniers that there is no such thing as intelligence or that the tests themselves are a tool of white supremacy. Murray explains that the data on intelligence is overwhelming and no serious cognitive scientist contests the findings. Most important, intelligence testing is predicative, which is the benchmark for scientific research. IQ is as much a part of our biology as eye color, and it is an important predictor of life outcomes.

It is when Murray gets to crime that the futility of his project is clear. Everyone, especially his target audience, understands the color of crime. The reason his fellow academics live like white nationalists is they know that blacks commit an enormous amount of crime. Whites and Asians are at the other end. This is why Murray and his colleagues live in the whitest places on earth.

For this reason, the chapters on crime can be skipped by those on the reality side of the great divide. Crime is the reason most dissidents suspect that the other side knows the score on race and biology. Not only is the color of crime impossible to ignore, but the behavior patterns of the ruling elite also confirm it. There is a reason the best neighborhoods have the worst high school basketball teams.

The mortal flaw in Murray’s book is that it is bookended by the same liberal insanity that is behind the war on white people. He begins with a chapter titled “The American Creed Imperiled,” which is a restating of the old bromides about America being founded as an egalitarian experiment. Of course, he starts with the famous line from the Declaration, “We hold these truths to be self-evident, that all men are created equal, that they are endowed by their Creator with certain unalienable Rights…”

He then goes on to explain the history of America as a journey toward the egalitarian paradise promised in the Declaration. This is right out of the second founding thesis popularized by Harry Jaffa in the last century. The claim is that the real founding document was not the Constitution, but the Declaration. The Civil War was the perfecting of the original founding of the country.

The people who injected this nonsense into the DNA of the American ruling class after the Second World War are behind the current war on white people. Their undermining of white society is driven by ideological fervor, not liberal ideals. The fact that Murray cannot see this or accept it is why his brand of conservatism was a massive failure and why his book will be ignored by his target audience.

The final chapter is where things go off the rails for Murray. His primary reason for writing the book is not to educate his friends and neighbors on the reality of race, but to warn them that their overt hatred of white people could lead to a backlash. Seeing every tribe in the country use identity politics to advance their interests could lead to whites embracing the same thing. According to Murray, that would be worse than death.

This is why Murray is the most brilliant example of the modern conservative. He fully embraces the morality of the other side, while complaining about how they are implementing their morality. In this case, his premise is the left-wing assertion that white solidarity is the worst thing possible, because white people are by nature the evilest people on the planet. In other words, he endorses the blood libel against whites.

In the end, the title of the book is ironic. It is men like Charles Murray, the old conservative guard, who refuse to accept reality. America will be a majority-minority society in a couple of decades. No society has existed peacefully under such an arrangement, especially when a tiny minority sits at the top, maintaining itself by pitting one group against another.

If there was a time for making the points Murray makes in his book, it was half a century ago when the usual suspects were opening the gates to immigrants. America was 90% white and ready to do something about the black population. Maybe in 1985, when the country was 85% white, this argument would have been helpful. In 2020 it is just more defeatism from the people who are largely to blame for the current crisis.

Further, facts and reason are not how one deals with a partisan. This is something the long struggle with communism should have taught guys like Murray. Instead, this generation of so-called conservatives stubbornly clings to the childish notion that their ideas alone will defeat the left. They think if they present the facts the right way, their opponents will throw down their weapons and embrace them as brothers.

Given his age, this will probably be Murray’s last book, and it is a fitting end to his career and his generation’s politics. A determined unwillingness to accept the reality of partisan politics and the unwillingness to defend the institutions of society are where the blame lies for the current crisis. Those who survive the looming demographic catastrophe and begin the task of rebuilding the West will look back at this book and wonder why it ever needed to be written.