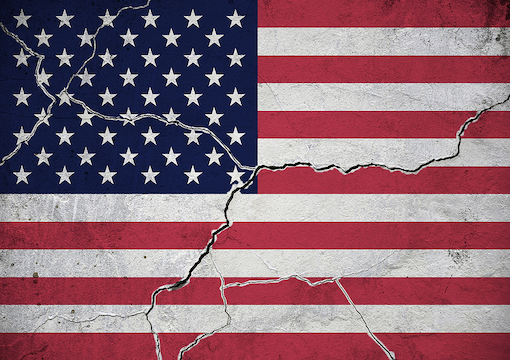 NEW YORK CITY—Don’t let anyone tell you the Bagel is worse off than Kabul, where three people were recently shot dead by Islamic gunmen for playing music at a wedding. No sirree, people over here are shot every day and night, but not for playing music at a wedding. Give New York credit where it’s due. The city is a bloody horror if you’re living way uptown, way downtown, or in the Bronx, while the rest of Gotham is experiencing a new story of street savagery not seen in decades. The rich continue to leave, taking their tax revenue with them down south; the huddled masses arrive with outstretched palms expecting social justice. Street crime is rampant, Times Square is no longer a tourist trap because one can get killed there, yet the media continue to write and report on the evils of…Donald Trump. The perpetually offended, however, blame all this on racism by whites, ignoring that black-on-black crime is responsible for 95 percent and more of murders.

After the George Floyd death the mainstream media covered BLM in expected flattering terms. So much so that Main Street believes that in a typical year police kill anywhere from 1,000 to 10,000 unarmed black men. The real figure last year was eighteen. The U.S. Crime Victimization Study also reveals a different story: In a normal year like 2019, among violent crimes involving a white perp and a black victim or a black perp and a white victim, 70 to 90 percent of such incidents are black-on-white crimes. True statistics aside, American society’s generators like universities, media, entertainment, and Big Tech continue to spread the view that oppressors rule the nation and that slavery defines American history.

“If you think America was split back in 1861 over states’ rights, you should see it now.”

If you think America was split back in 1861 over states’ rights, you should see it now. Every minority group is yelling wolf and that they won’t take it anymore, the only one with their jaws shut tight as if by wire, the WASPs. Never has America been more ferociously divided, with every movie and TV series showing white men as bloodthirsty criminals, lefty pundits on TV presenting a nation ruled by white supremacists. Much of the media went slightly hysterical after a so-called conservative won the governorship in Virginia. All the poor winner did was go against the indoctrination of children in the fine arts of racial hatred, homosexual pornography, and gender neutrality. Virginia parents rejected critical race theory, which tells black children that white children are inherently evil. Listening to some of the pundits decrying the Virginia election of a moderate, a visitor from Mars would think a Hitler-Stalin heir had just carried the state.

What actually won Virginia for the Republicans was the simple argument of whether parents have rights over what their children are being taught or not. This right involves all of us, in the U.K., in Italy and Austria where my grandchildren are going or will go to school, and in America. A piece in The Washington Post, owned by that great looker Jeff Bezos, said it all: “Parents claim they have the right to shape their kids’ school curriculum. They don’t.” Think of it, readers. Had Britain lost the war back in the ’40s, a similar edict would have been issued by you-know-who. Now the Democratic Party in America is emulating you-know-who by insisting that parents should have no rights when it comes to what their children are taught in taxpayer-funded schools. Where is Orwell now that we need him most? Well, the bad guys didn’t win this one, but it’s not going to stop them in the future. The baddies insist that schools that do not teach that whites are oppressors and blacks are victims are racist, cheered on by CNN and the rest of the usual suspects. I’ve been back one week and the good old US of A has never seemed more depressing. As I write a riot took place in Texas during a rap concert and eight people died while 300 were injured, some very seriously. The rapper—who had already pleaded guilty during a Chicago riot for reckless conduct when he asked fans to rush the stage—this time was more explicit: “Make this motherf—ing ground shake,” and refused to stop the show.

Is this the future of American culture, already a contradiction in terms, or is it progressivism, as some call the chaos? In a country as large and diverse as America, there has to be some benign neglect of other people’s ways, but because of the internet, it is now becoming totally unacceptable. How can history be taught when elites label Robert E. Lee a traitor, while others like myself call him one of the greatest Americans? How can a serious debate take place at a university when professors insist that white men dominate, hence any debate is unfair and racist? Social media did not create this mentality, but it exacerbates it at every turn. The situation is too depressing for words, so soon I’ll be off to Texas for a meeting with some great Texan oilmen and conservatives. I can’t wait.