A History of Failure 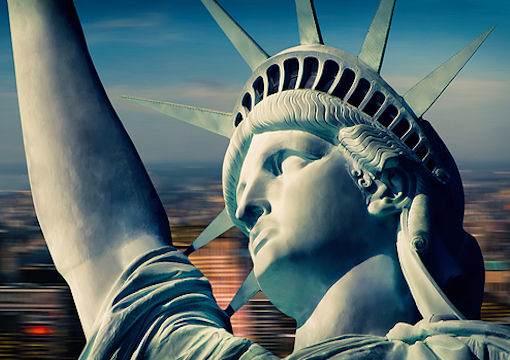 One of the enduring mysteries, one that is rarely explored, is why all right-wing movements in America have failed to make a dent in Progressivism. The first iteration of conservatism in America was washed away by Progressive reformers in the first part of the 20th century. When political crisis struck, conservatives had no political solutions, just theoretical analysis. Progressives, meanwhile, had a program.

In response to the success of New Deal politics, the American right reorganized in the middle of the last century around more practical items. Buckley-style conservatism was about winning elections and implementing policy. Like its predecessor, it failed to do much to stem the tide of Progressive innovation. In the end it was corrupted by the system it sought to reform, becoming just another node on the managerial state.

The reason for this long track record of futility is that American conservatism has always been dominated by bourgeois objectivism. Unlike Randian objectivism, bourgeois objectivism is the assumption that the world runs by a set of immutable laws and that the point of politics is to adapt to those laws. Discovering the right answer is the point of all political activity as once the answer is clear, everything falls into place.

“The left has gone from triumph to triumph while the right congratulates itself on carefully documenting their hypocrisy regarding their own moral claims.”

In the realm of politics, it means that all political actors, individually and in groups, are acting from rational and discoverable motives. This naturally leads to a reductionist interpretation of Progressive politics. Whatever the left proposes is feverishly analyzed by conservatives to discern “real motives.” Further, it is always assumed that the left is driven by the same desires that would drive the right, if the roles were reversed.

Over the years, the right in America has spent an enormous amount of time explaining why the left is violating the rules, rules often formulated and imposed by the left, as if proving this point will make the left vanish like a puff of smoke. The left has gone from triumph to triumph while the right congratulates itself on carefully documenting their hypocrisy regarding their own moral claims.

Bourgeois objectivism is not just a defect of the Buckley crowd. It shaped the view of their right-wing critics as well. An example of this is from the former communications director for the 1992 Buchanan campaign. J.L. Woodruff wrote in to take issue with this post from last week. Specifically, he disagreed with the assertion that Sam Francis did not anticipate how the anarcho-tyranny would evolve.

Woodruff writes, “To Francis, anarcho-tyranny is no mere symptom of government dysfunction or the illicit behavior of a rogue bureaucracy. On the contrary, anarcho-tyranny is a technique of dominance employed by a ruling class with an ideological and moral ax to grind—against the necks of its own people.” He then offers this quote from a Francis column in the April 2005 Chronicles:

Anarcho-tyranny is entirely deliberate, a calculated transformation of the function of the state from one committed to protecting the law-abiding citizenry to a state that treats the law-abiding citizen as, at best, a social pathology and, at worst, an enemy. Having captured the state apparatus, the anarcho-tyrants are the real hegemonic class in contemporary society, and their function is to formulate and construct the new “culture” of the new order they envision, a culture that rejects as repressive and pathological the traditional culture and civilization.

Woodruff offers up some other quotes that make the same basic point. What Francis or any of the paleos saw coming is debatable, but it only matters in the context of the long-ago fight with the neocons. Having lost the great struggle with the neoconservatives, the remaining paleos are covetous of their own, much in the same way Southern nationalists guard the reputation of Confederate generals.

What is interesting about those old quotes is the reductionism that naturally grows from bourgeois objectivism. Francis imagined anarcho-tyranny as a system deliberately designed and operated by the managerial elite. This bit of teleology relies on the assumption that the managerial class functions with a single mind, a self-aware and sentient whole that is driven by rational and discoverable motives. Bourgeois objectivism leads to reductionism and finally teleology.

The correct way to understand anarcho-tyranny is from a systems approach, looking at it and the managerial class as properties of the liberal democratic order. Like all systems, liberal democracy has properties, methods, interfaces, and implementations that define and control its actions. Encapsulated within the system are subsystems, which have properties, methods, interfaces of their own.

For clarification, a property is an attribute of a system. In the case of liberal democracy, economic results would be a property. An example of a method is the process for selecting officeholders. An interface can be the various ways in which members in the system interact with properties, methods, and other members. Of course, the subsystems of liberal democracy can appear as properties of other subsystems.

An error specific to the paleos is an overreliance on elite theory. This is the theory that “a small minority, consisting of members of the economic elite and policy-planning networks, holds the most power—and that this power is independent of democratic elections.” This concept came into paleo theory via Vilfredo Pareto, who was a great influence on the thinking of Francis, among others.

The mistake is in assuming that these elites are not themselves part of the system that produces them. In reality, all elites are properties of the system, armed with methods that are unique to the social order. Pareto was correct that elites rise and fall, but only within the logic of the socioeconomic order that produces them. A genuinely new elite can only come from revolution, which topples the system itself.

Put another way, the reason for conservative failure over the last century is the inability and unwillingness to question the premise of liberal democracy. The Buckley crowd was content to swipe at the leaves while enjoying the fruit. Paleo analysis stopped at the managerial class, viewing it is a godhead, the cause of the emanations like anarcho-tyranny. In reality, managerialism is simply a systemic response to societal complexity, a natural outgrowth of liberal democracy.

In fairness, Francis did get that playing by the rules, as the Buckley crowd insisted, was doomed to failure. In another quote furnished by Mr. Woodruff, Francis wrote, “Only if the serfs are willing and able to assume the tasks and duties of governing themselves rather than merely to endure whatever their masters hand down to them will the twin anarchy and tyranny that the current system imposes begin to crumble.”

Voting the bums out, as the Buckley crowd preached, was always doomed to failure, as the replacements would come from the same managerial class as the bums they are replacing, and they would take up the same roles. Throwing over the managerial class, however, would simply result in the liberal democratic system instantiating a replacement, because the complexity of liberal democracy requires it.

In the end, these discussions must always end with the reality that all right-wing movements in America have failed. Paleoconservatism had some unique failings, but it shared many of the failings of all right-wing movements. The only way forward is a right-wing radicalism that challenges the premise of liberal democracy and perhaps the Enlightenment assumption upon which it rests.