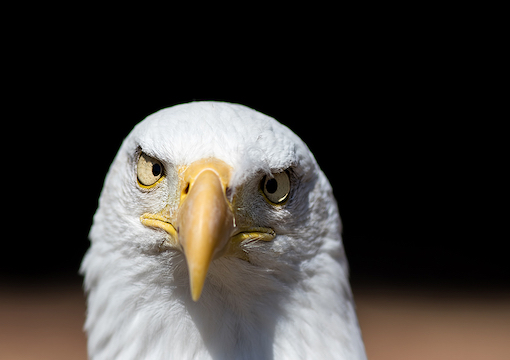 Lost in the hubbub of the spate of high-profile political trials in the United States is the novel legal theory being advanced by the radicals. It was on display in the Kyle Rittenhouse murder trial, the McMichael murder trial, and to a lesser degree the Charlottesville civil trial. Like other radical legal theories, this one is intended to undermine the rule of law and the orderly regulation of society.

In the Rittenhouse case, the prosecutors claimed that Rittenhouse could not claim self-defense because he was in violation of the law at the time of the shooting. He was out after curfew and he was illegally in possession of a firearm. Because his presence was in violation of the law, he could not then claim that he was acting in self-defense when he shot three rioters, killing two of them.

In the McMichael case, where three men tried to perform a citizen’s arrest that resulted in the killing of Ahmaud Arbery, the state made this exact claim. According to the state, these men were in violation of the law when they confronted Arbery, who had been seen casing construction sites. Because they were in violation of the law, they could not then claim self-defense when the confrontation turned deadly.

“The proper way to view these trials is as part of the general campaign of menticide being waged against the American people.”

In this case, it should be noted, the state of Georgia changed the law governing citizen’s arrests after the fact. The prosecutors tried the case as if the new law applied. The judge then instructed the jury to disregard the self-defense claims of the defense, which guaranteed a guilty verdict. The case was rigged, but the theory was the same as stated in the Rittenhouse case.

The underlying theory being advanced in these two cases is that white people have a duty to die when in a violent confrontation. According to the state, Kyle Rittenhouse was supposed to let his attackers murder him. In the McMichael case, Arbery had a right to take the gun and shoot all three white men. White people have no right to self-defense, especially when the attacker is not white.

Two examples are not a trend, but the Charlottesville civil trial that just concluded offers another data point. The plaintiffs argued that the lawful and legally sanctioned event organized by the defendants must retroactively be considered illegal, because the defendants are bad people who say bad things. Therefore, their perfectly legal event is the cause of the left-wing rioting that took place on that day.

In other words, even though the organizers followed the law, followed the orders of the local police and the city government, they are at fault. The reason is they may not have had the purest of motives. The plaintiffs brought in a psychic who testified that the defendants used secret codes to promote violence. Once that was established, everything they did, no matter that it was within the law, is now illegal.

The Latin phrase actus reus non facit reum nisi mens sit rea means “the act is not culpable unless the mind is guilty.” This has been a standard common law test of culpability since forever. In the middle of the last century, the usual suspects started to gnaw away at this standard and we arrived at what is called the Model Penal Code, which broke mens rea into five levels of culpability.

Even under the revised standards, someone knowingly acting within the law cannot be culpable regardless of his motivations. Otherwise, criminal liability stops being about action and instead becomes an issue of moral judgment. Is the accused using the correct pronouns when confronting a man in a dress? If not, then his legal actions can be deemed illegal in the modern American courtroom.

To a normal person, this sounds completely insane. It is insane, but that is the point of this new legal theory. What lies behind it is the belief that Western society is plagued with white supremacy because of cultural hegemony. The “common sense” of the people comports with the laws, traditions, and customs that were created by European people for the benefit of European people, at the expense of nonwhites.

In order to break this cultural hegemony, it must be turned into illogical nonsense that no one can trust or understand. That is the point of this new legal theory. You can only exercise your ancient right of self-defense if you are of pure heart. It was the point made in Charlottesville last week. You are liable for the actions of others, even though you acted legally, if you are the least moral actor.

The proper way to view these trials is as part of the general campaign of menticide being waged against the American people. It is a society-wide effort to break our attachment to our habits of mind. If the law no longer makes sense, then why defend the rule of law? If no one can trust anything in the mass media, why defend the concepts of truth and reason? Why trust yourself at all?

According to the theory behind cultural Marxism, once people stop trusting the cultural institutions and the habits of mind that come from them, they will reject the white supremacist system behind it. These newly minted anti-racists will then overthrow the system of oppression and usher in the glorious anti-racist future. The details of that glorious future have yet to be explained.

Despite the claims of the gnostic clerics in the managerial class, a campaign to promote madness in society will only end in a madhouse society. The great racial awakening they imagine lies behind the destruction of “white power structures” is a figment of their imagination, just as the worker’s paradise was a place that only existed in the fevered minds of Marxist intellectuals.

The West largely resisted the economic Marxists because even the most ridiculous bourgeois intellectual prefers abundance to poverty. The question at the heart of the current crisis is: Will the desire for stability and normalcy be enough to overcome the madness being inflicted by the cultural Marxists? These court cases suggest the jury is still out on whether this generation can resist this Marxist assault on the West.