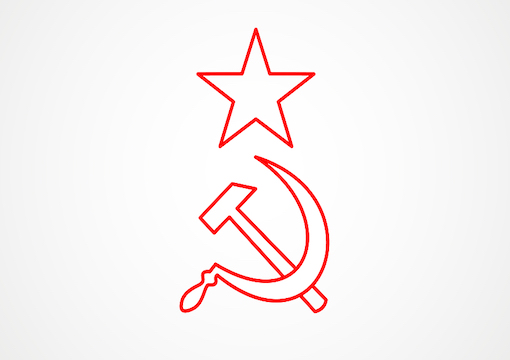 At the end of World War II, the West was not unreasonable in thinking that the next great threat was the Soviet Union. While Stalin had been an indispensable ally during the war, the Soviets remained committed to exporting communism. Since sensible people at the time understood that fascism was made possible by communist subversion of the established institutions, communism was a serious concern.

It was not just in the wreckage of Germany where communism was a threat, but in every Western country. In his famous speech at Westminster College in Fulton, Mo., Churchill said, “Except in the British Commonwealth and in the United States where Communism is in its infancy, the Communist parties or fifth columns constitute a growing challenge and peril to Christian civilization.”

The speech is remembered as the “Iron Curtain” speech. It was intended to be a wake-up call to American elites about the reality of Soviet communism. It was such a masterful speech, it drew international attention and introduced popular phrases like “special relationship” into American public discourse. Russian historians date the start of the Cold War to this speech.

Churchill’s message hit the mark. The fight against Soviet communism was cast as a “long twilight struggle” against “the common enemies of man” in which normal people would “bear any burden year in and year out.” For a newly minted imperial class looking for a reason to exist, defending the world from communism was manna from heaven.

The inevitability of communism also meant that any alternative ideology was not just wrong, but dangerously wrong. An alternative ideology supposed the potential for an alternative ending. This not only called into question the universal truth of communist historical theory, but it also threatened to derail the project. From the perspective of the communists, their subversion was justified as a form of self-defense.

America did not always operate with the best of intentions during the Cold War, but there is no questioning who was on offense and who was on defense. For close to forty years, the United States defended the West from communist aggression and policed the rest of the world for communist insurrection. Of course, we know how the Cold War ended. The Soviet empire collapsed and Western democracy prevailed.

Fast-forward to the present and the roles are reversed. It is Russia on the defensive, trying to protect her way of life from an ideological opponent. Instead of promising a world of material equality, the West promotes a world of cultural equality in which all the world’s people are turned into consumers and the affairs of the world are managed by a class of experts. The “end of history” will be the universal managerial state.

Russia, on the other hand, sees itself as the protector of Eurasia, a world that is not quite Europe and not quite Asia. Along with most of the former Soviet republics, Russia rejects the universalism of the West. Liberal democracy has its place, but it does not fit the culture and traditions of Eurasia. America’s crusade to impose liberal democratic morality on Eurasia is viewed as hostile aggression.

This is why Putin views the recent events in Ukraine, Belarus, and Kazakhstan as part of an asymmetrical war on Eurasia. America overthrew the government of Ukraine in 2014 and tried to do the same in Belarus last year. Further back, they instigated unrest in the former republic of Georgia, which led to the Russo-Georgian War. Of course, it is clear that the West was instrumental in stirring up unrest in Kazakhstan last month.

The ultimate target for America is Russia. Not even the usual suspects in the State Department care all that much about their ancestral homelands in Ukraine, but it is a pressure point they use to undermine the Russians. The same is true of Kazakhstan, which has been willing to play ball with the West. The American empire will not rest until the rainbow flag flies over the Kremlin.

In isolation, these international shenanigans are not all that interesting, but they do suggest something about liberal democracy. Like communism, it cannot exist without an enemy and it cannot tolerate dissent. In order to maintain its own sense of legitimacy, it has to be involved in a great struggle. Now that the crusades against Islam have run their course, America has returned to an old foe to be that much-needed foil.

Like communism, liberal democracy has become doctrinaire and intolerant. Lost in the tumult of the Cold War is the fact the Bolsheviks were initially quite open to alternative opinions about Marx and Marxist theory. Over time that openness gave way to intolerance and then the terror of Stalinism. Even after his death, dissent was no longer tolerated in communist countries.

We see the same thing happening in Western democracies. Domestic intelligence agencies scan social media sites looking for unapproved opinion. Agents of the state turn up on the doorstep of unsuspecting citizens, asking them about things they posted online or were heard saying in public. Political crimes now carry harsher punishments than violent crimes in many places.

There is also that sense of inevitability that drove the communists. America operates on the assumption that liberal democracy is inevitable. Therefore, like the communists of the last century, they see any resistance as aggression. The attempt to overthrow the government of Belarus last year was framed as a defensive action. They were rescuing the people from authoritarianism.

Seventy years after Churchill’s speech warning Americans about the great threat of communism, there is a new threat to peace in Europe. This time it comes from the West and is seeking to devour the East. The Cold War ended when the Soviets finally went bankrupt trying to maintain the system. Perhaps Europe gets lucky again and this time it is America that goes broke trying to prove nature wrong.