A Tale of Extravagant Greed 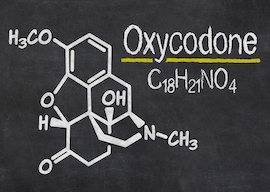 I first met the man whose opioid products have supposedly killed 200,000 Americans 51 years ago, at the Hotel du Cap-d’Antibes. Mortimer Sackler looked old even back then, had a Noo Yawk accent, and without ever having been introduced approached me after a tennis match I had just lost with some unsolicited advice: “You need to calm down, take a tranquilizer,” or words to that effect. (I had been feuding throughout the match over atrocious line calls by a French ref intimidated by the pro-French crowd.)

Although I do not gladly take advice from strangers, I nevertheless thanked him and told him that pills were not the answer, but good refereeing was. Then a funny thing happened. A few weeks later his Austrian wife, Gheri—his second or third—suddenly left him and he had a sort of breakdown in the hotel. When I saw him being taken to the hospital I remember thinking he must have taken his own advice and had overdosed.

I got to know Mortimer better later on when he married a very nice Catholic girl studying to become a nun, Theresa, whom he had children with and who eventually became his widow. They moved to Gstaad and built two chalets across from the Palace hotel and joined the so-called chic crowd. (Chic, my arse.) Mortimer always invited me to his backgammon game, but over the course of thirty or forty years I think I played once, perhaps twice. He kept the stakes very low, and back then I was looking for action, not distraction.

Sackler was always friendly, but like a typical New Yorker was too familiar and handed out advice like paper hankies during a flu epidemic. I was particularly appalled when I ran into him and his older brother once in front of the Metropolitan Museum in New York, and heard them call Aleksandr Solzhenitsyn a psychopath. Sackler was very left-wing when it came to politics, but I assume less so when it came to company profits.

His family is now in deep poo-poo. They’ve been reportedly discovered shifting hundreds of millions of dollars from the business, Purdue Pharma, to themselves through offshore entities, and the state of New York has sued them. The state wants to claw back funds that it alleges were transferred from Purdue to private or offshore accounts in anticipation of lawsuits. This I find very fair, and it’s the same as the RICO law, which forces gangsters who have been convicted to give back their ill-gotten gains.

My only regret is Theresa Sackler, the widow who had absolutely nothing to do with the misleading marketing efforts for OxyContin that ignored evidence that the drug was more potent than heroin and that it was being abused. Her name as one of the beneficiaries is misleading because although she inherited from her husband, she had absolutely nothing to do with the crimes committed by his company. Like Mrs. Al Capone, or Mrs. John Gotti, she is totally innocent. Throughout her marriage she was busy bringing up children, running their various houses, and doing charity work. The greedy gangsters were the men.

Monsieur Balzac wrote rather hyperbolically that behind every great fortune lies a great crime. He sure is right in the Sackler case. In order to profit from the plague they knew would be unleashed, the Sacklers must have deliberately betrayed their duties under state drug laws. And by 2014, fearing that Purdue could face catastrophic fines, the family likely directed Purdue to pay family members hundreds of millions through offshore companies they controlled.

Worse is the hypocrisy. These bums thought nothing of enslaving people with their drugs, as long as they kept up appearances by throwing a few million to museums and having their names engraved on their walls. The Met has a Sackler wall. This is a tale of extravagant greed with an even more shocking lack of morality. I don’t know the generation after Mortimer, but I think that a son-in-law in Gstaad once rudely asked me in a loud voice at a party who I was. “Look me up in the Almanach de Gotha, asshole,” I answered just as rudely. I should have cooled the arrogant bastard.

The on-dit around smart circles is that they should go to jail. I think it’s even more important that they have their dirty money taken away—like drug dealers—and then get locked up. The problem is, the Sacklers have expert advice where hiding assets is concerned, as well as using the law to protect themselves. The state does not.

I was once hitting balls indoors when Mortimer Sackler asked me to play a couple of games with him. If memory serves, he was playing with the ghastly George Soros on the next court and someone pulled a muscle. Mortimer couldn’t play at all, so I pretended to miss every ball and then banged the ground in feigned rage while I dropped a game to him. My wife was watching and told me not to make it so obvious. I then was told, although I never heard it myself, that Mortimer told people I was a bad sport and could not take defeat.

Now, could one so blind to his shortcomings—and not only where tennis was concerned—be able to think up as evil a plan as to enrich oneself while killing 200,000 people? Perhaps I am a bad sport after all, because I like to play by the rules. Make them give it all back, then lock them up.