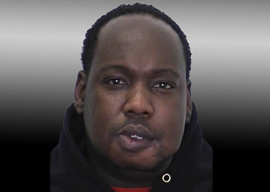 Michael Moore’s unsolicited tongue baths to the contrary, Canada’s crime rate isn’t lower because we have fewer guns than America, as yet another peer-reviewed study proved this month. One theory holds, as Colby Cosh put it bluntly after crunching the numbers, that it’s because we have fewer blacks.

Canadians are smug about the racial divide in the US, letting out audible sniffs about “the legacy of slavery.” But alas, picking our own cotton and being the last stop on the Underground Railroad didn’t earn us many, shall we say, Brownie points.

We, too, have a “black crime problem,” although that characterization is imprecise. As has been thoroughly (and controversially) documented, we actually have a “Somali crime problem”—as I laid out in a previous column—and, particularly here in Toronto, a “Jamaican crime problem.”

Calling such violence “American style” is wielded as an insult by Canadian liberals, but they don’t dare criticize our young black felons (of whatever country of origin) for mimicking US hip-hop culture. This week, we even got our very own felonious rapper, à la C-Murder, Tupac, et al.

“The city’s gays are annoying as hell, but they manage to parade half-naked once a year without shooting each other.”

Meet Mark Garfield Moore, AKA “Prezidenteeh,” age 27, up on four counts of first-degree murder after a shooting spree last year.

News reports about Moore, as with all coverage of black-on-black crime, try to slather some respectability onto both perps and their victims (who don’t always deserve our unreserved sympathy). The resulting stories invariably reek of the reporter’s desperation and somehow render their subject as less than the sum of his parts.

The Globe & Mail’s obligatory interview with Moore’s mother—whose characterization of her son as “a very loving and kind person” made its way into the headline—reads like a parody of the genre:

Mark’s life took a meandering path. There were criminal charges (Ms. Moore said she can’t recall what they were for), and he struggled to find work. But he also excelled at basketball: Ms. Moore said he brought home trophies and ribbons in his youth. He also fathered two children—a seven-year-old and a one-year-old—both of whom live with their mothers. He completed half of a community college general arts program in hopes of eventually studying engineering, she said. He also cut a hip-hop album.

“I could see that he wanted to do something with his life,” she said.

But somewhere along the way, police allege, he transformed into a serial killer.