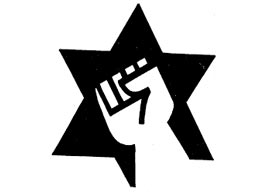 When I was beaten up by a JDL member while giving a speech at UCLA in January 1992, crews from CBS News and the local Fox affiliate were covering the event. Although the attack was captured on camera, both networks chose not to mention the assault on air.

Even when the JDL did attack Muslims, as in the 1985 bombing in Southern California that killed Alex Odeh, regional director of the American-Arab Anti-Discrimination Committee, the media soft-pedaled the story. To the left, Muslims had yet to achieve “most favored victim” status. 9/11 would change that. Rubin’s alleged plot against Muslim targets finally fit a narrative that the mainstream media could be comfortable with. Following such a horrific and game-changing example of terrorism on the part of followers of the “religion of peace,” the media needed examples of non-Muslim terrorists for “balance.” In other words, the post-9/11 plot that led to the downfall of the JDL received media attention in December 2001 for the same reason JDL violence received attention from Ashleigh Banfield and CNN fourteen years later: It could be used as a handy device in the service of a grander scheme, I would go so far as to say an obsession, on the part of the mainstream media to downplay Muslim extremism by any means necessary.

The JDL as I knew it was made up of violent thugs and, indeed, domestic terrorists. They”ll get no sympathy from me. But whereas I find the JDL’s violence appalling and inexcusable, I find the smug posturing of Banfield, and the colleagues who applauded her “bravery,” vulgar and sickening. The national media was nowhere to be found when the IHR warehouse was torched, when George Ashley’s home was firebombed, when Cal State Long Beach professor Reinhard Buchner was assaulted, when the Holiday Inn and Red Lion hotel chains were threatened into canceling revisionist conferences, and when a $25,000 bounty was put on my head.

If Banfield had actually wanted to be “brave,” she could have questioned why her own bosses ignored so much JDL “terror” when it was actually happening. She might even have interviewed some of the survivors of the statistics she so arrogantly trumpeted. But no, she”d never be caught dead doing that. The majority of the JDL’s victims are as despised by the mainstream media as they were by Irv Rubin, and the media’s silence during the JDL’s campaign of terror against people like me damn near amounted to complicity.

After Banfield’s JDL rant, I reached out to my remaining contacts in the media to see if any of them would be interested in speaking with someone who had been on the receiving end of JDL terror (and I wasn”t just referring my myself; I offered to connect them to other victims of JDL violence). Again and again I was told that “people like me” would not be allowed on air or in print. And this, above all, is why I greet Banfield’s supposed “courage” with a massive yawn. Sure, the JDL wanted to silence “people like me,” but so does the mainstream media. The JDL used violence and intimidation, the media uses less illegal tactics. Same end, just different means. From where I sit, having been on the receiving end of JDL fists and media defamation and censorship, I”m loath to pick a favorite.