A “Gossip” Stalker, Wills” Best Man, and Bieber Gets Flamed 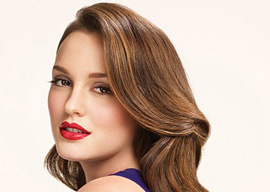 Poor Blair Waldorf. This is definitely not proper behavior for the family of the girl who plays the Queen Bee of Gossip Girl‘s Upper East Side. A woman and her son are saying Leighton Meester’s mom has been making death threats against them”and apparently a judge agrees. They”ve been granted a restraining order because of alleged statements that she would “hunt down and kill” the family. Meester’s relationship with her mother is rocky at best”she was incarcerated for a decade during her childhood for her involvement in a drug smuggling ring.

Not to worry, Diane von Furstenberg’s iconic cheekbones are recovering nicely from her skiing accident. The legendary designer was a belle of New York Fashion Week, taking laps on the runway after her heralded show. And what does she make of the rumors that the “skiing accident” was all a ruse to cover up plastic surgery? “I don’t want anybody else’s face. I don’t want a younger face,” she said. Miracle of miracles, she also said her broken nose and cheekbones barely show.

It’s official: Prince Harry will stand alongside his brother William as best man during his April nuptials to Kate Middleton. Wills surprisingly chose to call Harry his “best man” instead of the more traditional “supporter.” Rumor has it Harry wants to plan a crazy night out before his brother walks down the aisle, but William might prefer a quieter weekend retreat. Bo-ring. Meanwhile, Kate’s sister Pippa will be her maid-of-honor. The soon-to-be royal couple also chose photographer Hugo Burnand to capture their big day, and he’s unlikely to have any wedding jitters himself”he snapped Prince Charles” wedding to Camilla and has shot Michael Jackson, Victoria Beckham, and even Iron Lady Margaret Thatcher. 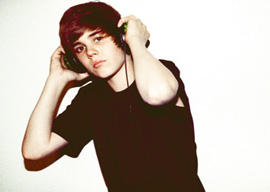 Oh baby, baby, are you in trouble. Justin Bieber graces the cover of the latest Rolling Stone in all his wifebeater and leather jacket glory in a shoot by Terry Richardson, but it’s the inside of the magazine that stoked controversy. The 16-year-old, who had a conservative upbringing in Canada, was asked about his views on abortion: “It’s like killing a baby.” He was asked if there should be exceptions in cases of rape and incest, and said “Everything happens for a reason,” but, “I haven’t been in that position, so I wouldn’t be able to judge that.” Naturally, this caused the ladies of The View to go apoplectic. Joy called his comments “really insulting” while Elisabeth said “I don’t think we can discount somebody’s opinion because they happen to be 16.” Turns out the magazine omitted a crucial line in Bieber’s stance on abortion that gave more nuance to his original statement, yet he was already vilified when that tidbit came out.

Rod Stewart’s got something swell to sing about: he’s a father for the eighth time. After trying for a second child for years, he and his third wife Penny Lancaster decided to go the IVF route. Their baby boy, Aiden, was born this week.