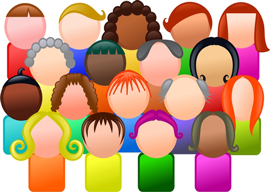 Today, three years after the last of the Cabrini high-rises was finally demolished, at the exact spot where in 1983 I watched hundreds of excited Cabrini Greeners mill about a burning automobile on Clybourn Avenue, there stands a fly-fishing shop for newcomers to the neighborhood who also own vacation homes in Telluride.

What I hadn”t guessed in 1988 was that the powers that be in Chicago would simply unload their unwanted public housing project residents on the rest of the Midwest via Section 8 vouchers, with the federal government ready to persecute for discrimination any two-bit burgh that tried to resist. That seemed a little too cynical for even me to imagine in 1988.

Pushing poor blacks out of elite cities has become a noteworthy trend in the years since. For example, San Francisco has fallen from 13.4% black in 1970 to only 6.1% black in 2010. Just as predicted in the African-American conspiracy theory known as “the Plan,” Washington D.C. is no longer majority black. Brooklyn has become strikingly shinier in just the seven years Google Street View has been in operation.

If you wonder why the New York and Washington-based news media periodically erupt into hysterias over purported racism in obscure fly-overvilles such as Sanford, Florida and Ferguson, Missouri, one reason is because the very idea that nobody-Americans might resist the expulsion of poor blacks from rich cities makes media elites angry. How can they fully cash in on their condos in gentrifying neighborhoods if blacks won”t go away?

Looked at nationally, a larger percentage of the white population today does indeed reflect underclass characteristics such as out-of-wedlock childbirth and out-of-workforce men, as Murray noted a couple of years ago in Coming Apart. He estimated eight percent of whites were underclass in the late 1960s versus 19 percent in the late 2000s.

For example, deaths from overdoses of semilegal painkillers appear to be growing among poorly educated whites. One government strategy for dealing with low IQ people not foreseen in The Bell Curve appears to have been to continue to keep energizing drugs like cocaine illegal, while making it easier to get prescriptions, authentic or bogus, for downer drugs such as synthetic opiates and the like. Rather than go out and commit crimes after getting wired on crack, the underclass today is more likely to nod off. Sometimes, though, they don”t wake up.

But what about The Bell Curve‘s prediction of the emergence of urban white underclass neighborhoods? Herrnstein and Murray wrote:

Meanwhile as never-married mothers grow in numbers, the dynamics of the public housing market (where they will probably continue to be welcome) and the private housing market (where they will not) will foster increasing concentrations of whites with high unemployment, high crime, high illegitimacy, and low cognitive ability, creating communities that look very much like the inner-city neighborhoods that people now tend to associate with minorities.

I see that in 1994 I was already skeptical: I wrote in the margins of my copy of The Bell Curve:

Where in Chicago, besides the junkie district on Montrose, is there a white underclass neighborhood?

In Los Angeles, the rising cost of living has driven underclass whites far out of town.

The few underclass whites left in Los Angeles tend to merge into the Mexican population. For example, perhaps the scariest Mexican gang lord in recent Los Angeles history has been Timothy McGhee, who looks as white as his name sounds.

One reason for the lack of urban white underclass neighborhoods is that poor whites have negligible political representation. As Herrnstein and Murray noted in 1994,

The white cognitive elite is unlikely to greet this development [of a white underclass] sympathetically … the means of dealing with their needs are likely to be brusque.

In contrast, in Chicago the chief obsession of President Obama’s spiritual advisor Rev. Jeremiah Wright, according to Dreams from My Father, was to keep blacks living in the city rather than dispersing to the suburbs far from his megachurch. Granted, Rev. Wright himself retired to a white suburb on a golf course, but you don”t make that kind of money in the preacher business without having a concentrated population to draw from.

For the white elite of Chicago to get away with pushing poor blacks out of town, they had to appoint black elites, such as Obama advisor Valerie Jarrett and Obama’s closest friend Martin Nesbitt, to nice jobs overseeing the process. But poor whites have no champions the way Rev. Wright or Rev. Sharpton fight for poor blacks, so nobody is trying to help them stay in the city.

A half dozen years before billionaire Michael Bloomberg began his three terms as mayor of New York City, Herrnstein and Murray wrote:

We fear that a new kind of conservatism is becoming the dominant ideology of the affluent”not in the social tradition of an Edmund Burke or in the economic tradition of an Adam Smith but “conservatism” along Latin American lines, where to be conservative has often meant doing whatever is necessary to preserve the mansions on the hills from the menace of the slums below.

That’s intriguing, although I haven”t noticed all that much influence flowing from the upper reaches of Latin America to intellectual life in America. I try to pay attention to Latin American trends, but most American journalists don”t. Carlos Slim’s 2008 bailout of the New York Times gave him a presumed veto power over the editorial direction of the newspaper, but he has mostly used it to promote his financial interests, such as more immigration.

Another, more likely source for the ideas behind this “new conservatism” seen in big city governance is a country much more studied by American politicians, intellectuals, and plutocrats than Mexico: Israel. There the connections between real estate and ethnicity have been the freely discussed central topics of public life for generations, giving those Americans who follow Israel closely a source of non-schmaltzy perspectives on how to deal with the inconvenient. For example, one of the most activist big-city mayors in America at trying to shoo the underclass out to the “burbs is Rahm Emanuel of Chicago, whose father was a member of the Irgun terrorist organization that helped shoo so many Palestinians out of nascent Israel in the 1940s.

A decade ago, I was interviewing an expert psychometrician who had been head of testing for one of the major branches of the military. He proudly recounted that he had given Charles Murray access to the Pentagon’s National Longitudinal Study of Youth data that makes up the central spine of The Bell Curve. He had only one objection to Herrnstein and Murray’s interpretation of his numbers: they were too cautious, too nice.

That summarizes The Bell Curve‘s predictions. While you”ve been lied to endlessly about how Herrnstein and Murray were bad people for writing The Bell Curve, the reality is that they weren”t cynical enough.