A New Way to Approach the Bear 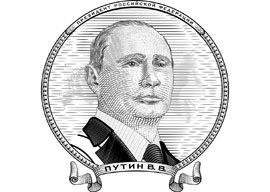 Some might argue that the same holds for the three Baltic states”Latvia, Estonia, and Lithuania. These originally achieved independence after the Russian Revolution, and were invaded and occupied by Stalin in 1939″40. The West never formally recognized their extinction; all three maintained embassies”shadow embassies, if you like, in London, Paris, and other Western capitals. They regained their independence when the Soviet Union disintegrated, and soon applied, eagerly, for membership in the E.U. and NATO. Our continued support of the Baltic states is a test of our commitment to freedom and democracy, and President Trump will betray the historic principles of the USA and American foreign policy if he fails to make our commitment to the independence of the Baltic states clear to President Putin. One might add that Putin will soon lose whatever respect he has for Mr. Trump if the new president doesn”t guarantee the independence of the Baltic states. Instead he would regard him as a weakling and a useful idiot.

The real testing ground of future American-Russian relations will be Iran. Without being a client state, Iran has been fortified by the support it has had from Russia for at least the past twenty years. That support has been firm, but qualified. Russia, even before Putin, viewed the export of revolutionary Islam from Iran with suspicion, even alarm. This isn”t surprising: Russia has as much to fear from revolutionary and fanatical Islam as any Western country; indeed more to fear, perhaps. So Russia’s influence on Iran has been a restraining one. That is why Russia worked at least as hard as the USA, Britain, or France to secure the deal that restricts Iran’s development of nuclear power to peaceful or civil uses. If, as he has threatened, President Trump reneges on that deal, his bromance with Putin will wither.

Nobody knows just what Trump really thinks about Putin and Russia, or indeed whether he has a coherent point of view. But if one is right in thinking that he wishes to repair relations with Russia, this makes good sense. Putin believes that Russia has been humiliated ever since the Soviet Union collapsed. He craves respect. Give him that and there may be a happier chapter in the story of relations between the West and Russia.