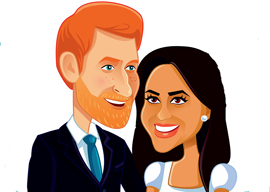 And where are the royals in all this, as the nation they claim to love is so publicly despoiled? Leading the charge, quivering with Shakespearean fury? Or bystanding in dutiful silence? Of course, you know the answer already. If royalty can prove so uninterested by the plight of their subjects, then maybe Republicanism is indeed the way forwards? Alone in Western Europe, it is a Republican nation—France—that has planted a standard on liberal values. The French affirm their secularism did not go through such a bloody parturition now to stand alongside the burqa. On motorways and bridges in the west of the country, you can see these arguments laid out: a new point every few kilometers. The codifying of rights in France also proved a stumbling block to LBGT universalism, affirming that—shock horror!—a child has a right to binary parenting! Yet this standard too has now been swept away, in France as in England.

No amount of evidence will get progressives to depart from the social dogmas in which they have invested. Take the case of Elsie Scully-Hicks. Five days after her birth, she was forcibly removed from her natural mother by the state, which also judged that her grandmother would be “unable to cope” with child-rearing. Its infinite wisdom instead handed the baby to a gay couple, one of whom, a year later, beat her to death for crying. Who could have predicted that a diet of—in the immortal words of Sebastian Horsley—“porridge, drugs and buggery” does not a wet nurse make? Or indeed that fast-tracking British residency for hundreds of thousands of exports from the most violent sexual culture on earth might have a deleterious effect on the safety of young women?

Not the politicians or the church, that’s for sure. So how about the damned royal family? Isn’t that what the Leviathan is for? But no. Instead Harry will walk up the aisle on a cloud of ersatz patriotism—while more anonymous victims of progressive doctrines make the same journey on the shoulders of grieving pallbearers. If a progressive is someone insulated from the effects of their own social engineering, then surely none is more insulated than the West’s pampered, progressive royals.