A Sozzled Apprehension of Politics 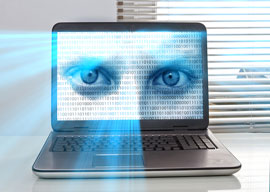 I am seated in front of the Optiplex, drinking Padre Kino red and garnering insight. The garnering is tough these days. Still, to this end nothing is so effective as cheap Mexican wine at thirty-nine cents a trainload. My stepdaughter says “Google, lo sabe todo“”Google knows everything. Ah, but Padre Kino, the Great Purple Father, understandeth everything.

All right, the news. I should know better than to read it. First I encounter a sententious suit-and-tie federal civil-serpent from NSA saying that Edward Snowden has endangered the national security of the United States, eeeek. At this, I shuddered and began mentally designing a bomb shelter.

But then I wondered how, precisely, are Americans now endangered? Is there a massed invasion fleet of Arab swordsmen poised to devastate North Carolina, and we need to read their tactical codes? I pictured Winston-Salem savaged by scimitar-wielding, hashish-smoking maniacs on weird double-humped camels. These be parlous times, methought.

Or are Yemeni nuclear forces readying a first strike? Maybe this was the problem. As delivery systems they could use FedEx and UPS.

“I see that the FBI wants access to all telephone conversations to stop terrorism. We might be better off with terrorists to stop the FBI.”

Or maybe Snowden just embarrassed the children in the tree house at Fort Meade, where everybody has a Captain America secret decoder ring.

Next, I see that some wet-lipped psychopath piloting a drone has killed 17 people at a Yemeni wedding. Drones seem to hit a lot of weddings. These massacres, I suppose, are the result of letting little boys play Grand Theft Auto. I pictured an Air Force of trigger-happy eleven-year-olds in arrested development. However, I concede that targeting weddings does make military sense: I have been to many weddings, and they all looked like al-Qaeda convoys. It’s just how weddings are.

At the Five-Sided Wind Tunnel a thousand colonels, also in arrested development, will wonder why the war on Yemen goes the way of Vietnam, Laos, Cambodia, Iraq, Afghanistan, Pakistan, Somalia, and so on. They will say it’s just like those rag-headed wogs to get upset over an occasional gutted bride. Give them a few bucks in compensation. They”ll get over it.

Excuse me while I get more Padre Kino. Some things require two-bottle understanding.

But why, it occurred to me, should we expect the Pentagon to win wars? It has nothing to gain by winning and everything to lose. From a budgetary point of view, victory would be as bad as defeat. In either case, contracts would slow.

Anyway, Washington is riddled with incompetence at all levels. I have read that only thirty-seven percent of secretaries in the capital can touch type. The rest are hunt-and-peckers. I cannot vouch for this, though.

Clicking wildly about, I see that the UN, which means Washington, has waxed prissy (and perhaps polished it) because Uruguay has legalized marijuana. Why is this the UN’s business, I wonder unglobally. Anyway, JosÃ© Mujica, president of Uruguay, responded that if Colorado and Washington State have legalized the insightful vegetable, how can Washington….

I haven”t met JosÃ© Mujica, but I have walked past the president’s house in Montevideo. It was just a house. You know, the kind people live in. Unlike the Great Double-wide on Pennsylvania Avenue, it wasn”t barred, blocked, and Jersey-barriered. One had no sense that an emperor lived in it. I was told that presidents of Uruguay have simply walked to the grocery store all by themselves. What is the world coming to?