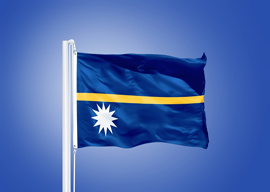 The island’s wealth was at first invested wisely, against the day when the phosphate would run out. The assets of its fund were at one time valued at more than $1 billion. But as perhaps was only to be expected, mismanagement, extravagance, and corruption reduced the investments to zero and the island, accustomed to a standard of living it had done little to earn, was bankrupt, hence its need for an alternative source of income such as the internment of illegal immigrants to Australia.

For a country so small and seemingly unimportant on the world scale, it has taught two important lessons: that sudden, great unearned wealth derived from natural resources is not altogether a blessing, and that type 2 diabetes can be catastrophic for the health of a population.

If Hugo ChÃ¡vez had studied the history of Nauru, he might have learned something and not led his country to its present economic plight (though, in fact, he was probably ineducable, since reality was his greatest political opponent). Raising standards of living by means of subsidy usually ends in tears, not to mention poverty, especially if those subsidies are extensive.

As to the diabetes, I recall my astonishment in Nauru at the proportion of grotesquely fat people: I had never seen anything like it. But now, whenever I arrive in England, I see something very similar. There are motorized wheelchairs for people who are too fat to walk and many people who have to squeeze themselves with difficulty into a normal-size seat. Sedentary and immobile, they are seldom without refreshment in their hands. Had I but known it at the time when I arrived in Nauru, I was seeing the future, and it was type 2 diabetes.