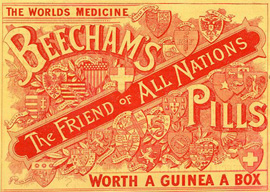 His words are full of good sense. He decries celebrity, for example:

Whatsoever it [celebrity] may be, every mountebank has it more than the best doctor, and the hangman more than the lord chief justice of a city.

Indeed so; he is not most famous who most deserves fame (especially nowadays).

He puts his thoughts into verse. He tells us that study is worth more than wealth, peace and quiet more than activity, and comfort more than luxury (it helped that he had servants, for he was writing only for the literate, cultured, educated, and intelligent, the rest of humanity not preoccupying him deeply):

Books should, not business, entertain the light,

And sleep, as undisturbed as death, the night.

My house a cottage, more

Than palace, and fitting be

For all my use, not luxury

Yes, yes, I think. And then I remember that this sage advice has been repeated for more than two millennia, which suggests that it has never been assiduously followed. And I remember also the words of the Spanish colonial governors who, on receiving a humane but unrealistic law from the King of Spain, said Obedezco pero no cumplo, which may be translated as “I agree but do not act on it.” Which, in fact, is the story of most of our lives.