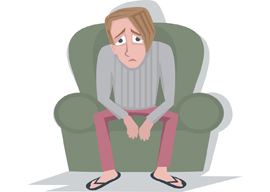 Sure enough, I soon found myself being glommed onto by flighty, flaky women claiming to have, say, fibromyalgia or chronic fatigue syndrome, “just like” me. Ugh. “Where’s YOUR blood test, bitch?” I wanted to yell.

Meanwhile, multiple personality cases were, well, multiplying all around me, as I”ve written before, on account of dubious, and ubiquitous, revelations on all the daytime talk shows.

That was over twenty years ago. I no longer endure these encounters, thank God. As Shorter explains, “interesting” afflictions (mostly far less legitimate than TB) wax and wane in popularity in tandem with medical and scientific progress and the zeitgeist’s whims. “Our late-twentieth century culture, for example,” he writes, “which values individual dynamism, regards physical paralysis and sudden “coma” (both common before 1900) as inappropriate responses” to one’s symptoms.

And such symptoms haven”t always survived from one age to the next, either. In the 18th century, patients frequently complained of what was dubbed globus hystericus; When was the last time you heard someone complain of the “sensation of a ball rising from the depths of the abdomen and lodging in the throat”? Yet this symptom recurs in the book’s case histories”right up until the moment it doesn”t.

During this same era, “gout…functioned as more than a malady; it was also part of a social code embedding class, rank, affiliation, standing and political position.” The distinguished Scottish physician James Makittrick Adair complained in Essays on Fashionable Diseases (1790) drily that:

Upwards of thirty years ago, a treatise on nervous diseases was published…. Before the publication of this book, people of fashion had not the least idea that they had nerves….

Some years after this, Dr. Coe wrote a treatise on biliary concretions, which turned the tide of fashion: nerves and nervous diseases were kicked out of doors, and bilious became the fashionable term. How long it will stand its ground cannot be determined.

Should Adair strike you as a paragon of stringent common sense, a man out of time, involuntarily confined among quacks, do note that”one thinks of Damien the leper priest”Adair reportedly ended his days…a hypochondriac.

Perhaps because our own age prizes naked candor, at least some of today’s poseurs straight out admit to their doctors that, for instance, they “want to be bipolar,” like all those celebrity “awareness-raisers.” (I”m reminded of the old joke about the little girl who asked her mother to buy her tampons so that she too could “go swimming and horseback riding”…)

The same friend who sent me that Telegraph tale often asks me, “When will it end?”””it” meaning trans-mania and its attendant toxic waste, like “pregnant” “men” and scruffy male makeup spokesthingies.

Well, if the history of medicine is any indication, this wacky “gender bingo” fad too shall pass.

And then, to circle back to Pope, our national “night-dress” nightmare will be over.