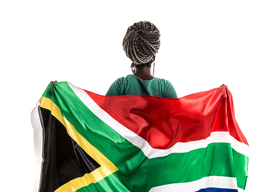 The continental catastrophe that has engulfed Africa may go down in history as the greatest politically motivated human calamity of all time. Hundreds of millions of poverty-stricken people are getting poorer while an ever-diminishing, tiny elite get richer and richer. Central authority in most countries is dissipating, legal strictures introduced by the colonial administrations have disintegrated, and the rule of “might of right” is back. Countries in the traditional sense of the word are ceasing to exist as borders are eviscerated by tribal allegiances trumping national identities. Warlords and tyrannical traditional leaders have assumed control over vast swathes of sub-Saharan Africa, and they rule ruthlessly. The world rarely and barely gets a glimpse of the blood-soaked barbarities routinely visited upon a multitude of wretchedly poor and defenseless people, and when they do, they respond with little other than the muttering of meaningless platitudes. The damage being done to the environment through overpopulation, “slash and burn” agriculture, and uncontrolled logging—along with the decimation of wildlife—is sickening, but the “Global Warmists” are silent on this and the “bunny-hugging” so-called “environmentalists” do little other than wring their soft wet hands.

All this has its genesis in the disastrous post-WWII decision made in Europe to rapidly and, dare I say, recklessly abandon Africa, coming on the back of a massive mindset change that saw most Western Europeans suddenly deciding they hated themselves and must henceforth spend the rest of their lives paying penalties for the crime of having been born white. The liberal-socialist political leadership that took power in postwar Europe was in complete control, and the perverts, socialists, and Stalinists who seized control of the once-esteemed BBC were in full cry, leading the glorious retreat from imperium and greatness. The stage was set in 1957 for Queen Elizabeth II to lead a tumultuous welcoming of Ghana’s charismatic (but utterly clueless) Kwame Nkrumah onto the world stage as the first leader of a newly “liberated” colony; the ushering in of a golden dawn and the “de-shackling” of a country. Thus, the catastrophe began to unfold.

Underpinning the events of the next six decades, the left-wing mainstream media did a superb job of convincing the vast majority of people that Africans were only good people and Europeans were only bad people unless they were pedophile priests like the venerated Bishop Trevor Huddlestone, in which case they were modern-day saints. But if you were white and you had the temerity to suggest you were African by birthright, wanted to stay and work in your homeland, and were entitled to the same fundamental human rights as other ethnic groups, you were quickly condemned as a member of a racist, renegade white-supremacist tribe that did little other than extort and enrich itself at the expense of a benighted black populace. Under this sort of racial cover, Euro-Africans were effectively reclassified from 1957 onward as nonhuman in the sense that normal human rights such as those pertaining to property and citizenship did not apply to them. They were unwanted vagrants who happened to be in the wrong place at the wrong time and to hell with them unless they did something wrong, in which case all the rules applied—and more. Thus, when a white riot-policeman stomped on the toe of a black woman demonstrator (Mrs. Phombeya) in soon-to-be independent Malawi, it probably elicited more angry international outrage than did the killing of almost a million Tutsis in Rwanda.

“The world rarely and barely gets a glimpse of the blood-soaked barbarities routinely visited upon a multitude of wretchedly poor and defenseless people.”

The stripping of rights from Europeans has played out in some shape or form in virtually every postcolonial African country and is one of the leading causes of the political, social, and economic collapse that has characterized the “independence” era. And now maybe the final—but possibly the most horrifying and violent—chapter in this wretched saga may yet be written in South Africa with the ANC government signaling its intention to confiscate land without compensation from the white farmers who produce 85 percent of the country’s agricultural produce, much of which goes to countries north of the border. This, if it happens, will be much worse in every respect than Zimbabwe, as it will lead to the destruction of Africa’s industrial powerhouse and the second-biggest economy, leading to mass poverty, starvation, and probably a complex civil war with warring tribes vying for the last spoils of what was once a very rich and prosperous country. This will signal the return in toto of most of Africa to much the same lawless and chaotic state it was in when the colonizers arrived, as well as the squander of its riches and the condemnation of the majority to lives of almost unimaginable misery.

But there is a twist in the end of the tale with the intervention of two of the world’s most powerful men. From Russia comes the news that Vladimir Putin’s government is keen to welcome 15,000 “Boers” to farm in Georgia. Putin’s team is shrewd, and they are not blinded by the modern-day demands of political correctness; they know these are some of the finest and toughest farmers in the world, embracing a Christian ethos, and they know they will make a massive contribution to Russian agriculture. Ironic indeed, when one is reminded it was not that long ago that Russians, albeit under the banner of the USSR, were at war with the same people they now offer sanctuary to.

And in a rare break from the timidity of the past, Donald Trump has stepped into the fray with a “tweet” warning of his administration’s concern over the possibility of another Zimbabwe-style land grab and the ongoing farm murders. This has stunned the country’s leadership. Never before has a Western leader of such stature remonstrated with them in such a way, and the shock was almost palpable. While the public reaction was one of anger, defiance, and outrage, there has subsequently been a discreet but dramatic decision made to withdraw the troubling Expropriation Bill from parliament for “redrafting,” and the political narrative has morphed dramatically from one of confrontation to compromise, bringing relief, albeit temporary, to millions of South Africans. There can be little doubt President Trump will get no credit for this, but he had the courage, the power, and the political will to do something decisive, and the Trump “tweet” may yet go down in history as a seminal moment when a news flash in cyberspace saved a country from destroying itself.

Sadly, but unsurprisingly, the leftist “virtue signalers” are unimpressed and unamused; their aim to destroy Africa is not yet done, and to do this they must destroy Donald Trump. A Democratic Congress will probably do that in November through a process of impeachment, and the American left will thereafter do as little as possible to thwart the destructive tendencies of politicians in southern Africa who have prospered so mightily on the back of unconditional Western largesse delivered by liberal politicians who refuse to hold them to account. For those of us who still wish for a future in our African homelands, we watch Washington with trepidation and hope.