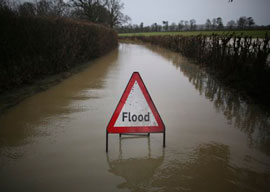 But this sort of thinking has imbued much of environmental thinking in other areas as well. Look at calls to reintroduce wolves into the country’s remoter upland areas. Wolves. Now, I don”t much care about ramblers: If they want to traipse over those wild areas that they are allowed onto, then good luck to them. But I certainly don”t want to turn them into prey. And cagoules are so very highly visible. Environmental campaigners tell us not to be alarmist, that wolves pose no real threat to humans. Well, there are lots of very old stories about wolves and in none of them do they come out looking good. If they were a Hollywood character, a Briton would play them. And not Alec Guinness or David Niven. More Alan Rickman or Christopher Lee. A lot of this sort of thinking is no longer feasible in an island where almost the entirety of our undeveloped habitat is to at least some degree, and mostly entirely, artificial.

Ironically, one of the very few areas where the landscape remains largely natural is under threat from well-meaning rewilders: upland Scotland. There is a staggeringly pervasive and persistent myth that Scotland was covered for millennia by vast, wild woodland, romantically called the Caledonian Forest, until man destroyed it. The still, small voice of genuine academia is almost entirely ignored when it points out that this simply isn”t true. As the last Ice Age receded, there was indeed a brief growth of woodland areas; apparently such is to be expected. But it seems that then and now the land didn”t lend itself that well to forestry and over time it mostly died out naturally.

Even by the time of the Romans, and our first records date from that period, there is no evidence that it existed. It has little to do with sheep, or deer, or even the universally”and almost always inaccurately”labeled villain of the Scottish countryside, the landlord of the Highland Clearances. As the Forestry Commission itself noted:

I”m actually not that fussed if people want to plant mixed forests in Scotland. I applaud their well-meant intentions. But they should realize they are often destroying the natural wilderness that nature found best suited for the terrain in an effort to recreate one that she herself abandoned as unworkable.

It is perhaps sad, but we British need to stop being led by our hearts when it comes to nature and engage in a little more realpolitik. We shouldn”t be exacerbating the risks to homes and lives in an effort to recreate a green and pleasant land that only existed because there was space for it, and in some cases never existed anyway. By all means preserve what is left of our natural heritage; that I couldn”t agree with more. Love it, treasure it, and guard it. But the fact is that in almost all our countryside, we can no longer revert to Rousseau without getting rid of people, and we can”t introduce Disney’s vision without genetically reprogramming our flora and fauna. So either way, no big bad wolves; and if anything does come and blow your house down, at least it will only be the wind. And that’s natural.