Aggressive Care for the Elderly: Too Much, Too Late 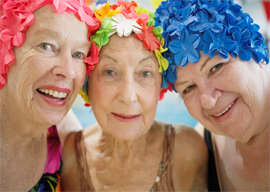 From the physician’s standpoint, caring for nursing-home patients is fraught with peril. Physicians face the possibility that they will violate some nebulous standard of care or endure litigation by the patient’s family. And they fear the misinterpretation of Medicare rules, which financially punish physicians and hospitals for “inappropriate” admissions, failure to follow their clinical guidelines, return visits for the same problem, and missed diagnoses. And there is the most appropriate fear of all: doing the wrong thing and causing suffering in another human being.

It is little wonder that nursing-home patients are so frequently sent to the hospital for even the slightest complaint. They are frail, osteoporotic, confused time bombs to their physicians and facility administrators, sadly juxtaposed to their position as vulnerable, weak, and often forgotten members of society.

Dementia aside, I have had the more competent patients from nursing homes say to me, “I didn’t want to come to the hospital, but they said I had to be seen!” And family members have complained, “We asked them not to put grandma in the ambulance. It only confuses her, but they said it was policy!”

Medicine is practiced in a labyrinth of uncertainty when it comes to treating these individuals. Partly born of corporate policies in nursing homes, partly born of a mentality by some that, “It doesn’t matter, Medicare will pay for it” (which is remarkably untrue), and partly from a deeply ingrained fear of litigation, we do too much that matters too little.

Lately I find myself doing less and reassuring families more. I often preface it all with: “If something is broken, do you want him to have surgery?” Or, “I know she had chest pain, but if it is a heart attack, how aggressive will we be?”

The answer is usually either, “No, I don’t want much done” or “I never really thought about it that way.” And if I can make the light come on in either the patient or the family, we all shake our heads at modern medicine, which is so often practiced by uncertain physicians genuflecting before ridiculous federal regulations and aggressive lawyers.

Pity we can’t simply learn to fix what we reasonably can, then allow some of our sick and injured elderly to sleep in comfortable beds rather than cry and languish on hard plastic backboards. When caring for the infirm aged, sometimes less is really more. Learning to do less, and being allowed to do less by all parties involved, is the real challenge.