All Hitler All the Time 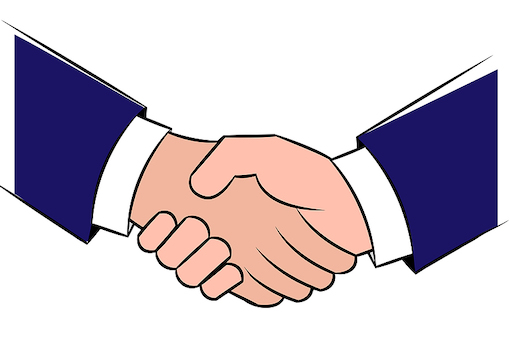 In the middle of the last century, architecture critic Sibyl Moholy-Nagy coined the term “Hitler’s Revenge” in an essay of the same title. She was pointing out that the flow of talent from Europe in the first half of the 20th century brought with it troubling and possibly dangerous ideas. Hitler shook the fruit tree of Europe, the fruit tumbled to the ground, and America scooped it up—but some of the fruit was poison.

This was obvious at the time to people aware of what was happening in the American intellectual elite and it has become blazingly clear now. Some very wicked people brought to their new country ideas that have no place in a civilized society. The tree of liberty has been poisoned by some of the fruit that American scooped after Hitler shook the intellectual tree of Western Europe.

In the 1990s, Peter Brimelow used the term “Hitler’s Revenge” as part of his critique of American immigration policy. He noted that the U.S. political elite emerged from the war obsessed with cleansing itself of racism or xenophobia. One result of that was the Immigration Act of 1965. Brimelow warned that the resulting flood of migrants would threaten to unbalance the culture of the nation if allowed to happen.

“Generations of self-doubt and obsession over a long-ago defeated ideology have made American elites incapable of engaging with the world in a rational way.”

Like Sibyl Moholy-Nagy in 1968, Brimelow was referring to a strange phenomenon among political and intellectual elites. The people who had vanquished fascism in Europe remained haunted by it. The fear that some hint of fascism could lie in the soul of the West led them to search out new versions of that which they determined was the opposite of fascism. Antifascism has come to define the West.

This haunting of the West was somewhat limited by the necessity of the Cold War, as the prospect of thermonuclear annihilation tends to sober the mind. The haunting was there in the background, a specter reminding the elites that they must always be vigilant against this potent force of Western nature. Immigration, civil rights, and affirmative action programs were the result of this fear of fascism.

With the end of the Cold War, the restraints were off and the specter of fascism was now free to terrorize the minds of the American elite. Fascism has come to mean a basket of “isms” that the elites see as proto-fascist. Anything that is exclusionary pretty much falls into the basket of things that are deemed fascist and therefore a danger to our democracy. In fact, democracy now means antifascism.

This is evident in the media response to the war in Ukraine. Like trained seals the entirety of the mass media has engaged in a competition to see who could make the most absurd Hitler comparison. When they are not spasmodically saying “keev” instead of Kiev, they are explaining how Putin is actually Hitler. It is hour after hour of chattering skulls telling us that this is fascism all over again.

What makes it even more absurd is the Russians were mostly responsible for defeating the Nazis in the Second World War. Their heroic defense of their homeland broke the German army. Even after all these years, the idea of fascism is offensive to the mind of the typical Russian. Putin may be a strongman, maybe even a dictator, but the one thing no Russian leader will ever be is a fascist.

To add to the absurdity, there have been Ukrainian battalions fighting in the east
of the country that are openly fascist. The Azov Battalion is a neo-Nazi Ukrainian National Guard unit based in Mariupol. Its founder, Andriy Biletsky, has served in the Ukrainian parliament and has made clear he wants an antidemocratic and anti-capitalist system for Ukraine that is only for ethnic Ukrainians.

Now, to be fair, politics in this part of the world does not fit the cartoon version of life so popular in the Western world. Andriy Biletsky can speak forcefully on behalf of a “whites-only” Ukraine and also against anti-Semitism. He has said that Japan and Israel are his models for a new Ukraine. Calling him a fascist is probably a bit unfair, even if his group has an affinity for Nazi iconography.

The point of this is that the fascist-antifascist model makes little sense in this conflict, but the American elite is doing it anyway. The Drudge Report has featured a caricature of Putin with Hitler’s famous mustache. The deep thinkers in the mass media are claiming that Ukraine is the Sudetenland. The American right is now calling Biden this generation’s Neville Chamberlain. The media is now all Hitler all the time.

Of course, the reason we now have war in Europe is the American political class could not bring themselves to make a deal with Putin. Here is where we see the real danger of their Hitler psychosis. Instead of striking a deal that addressed Russia’s security concerns, the Americans launched a media war against Putin. The reason they did this is they think any deal with Putin is a compromise with fascism. To make a deal with the evil of fascism is to become evil oneself.

This is Hitler’s revenge. Generations of self-doubt and obsession over a long-ago defeated ideology have made American elites incapable of engaging with the world in a rational way. It is all hysterical moralizing that has no practical purpose in a world close to a century removed from fascism. Hitler is long gone. The ideology with which he is associated is also gone, but the shadow of the man still haunts Western elites and may be that which brings their demise.