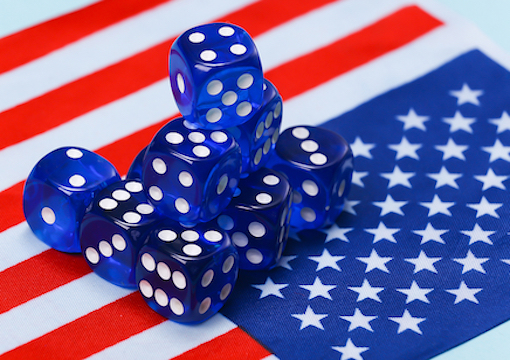 Just in time for the heat of the election season, a federal agency called the Commodity Futures Trading Commission has announced it will no longer allow betting on political and election outcomes.

These online wagering platforms, most notably PredictIt, allow betting on all sorts of political outcomes: the odds that Republicans win the Senate in November, the odds that Joe Biden will be the next Democratic nominee for president (right now 33%) or the odds that Florida Gov. Ron DeSantis wins the GOP nomination in 2024 (right now 38%). You can also bet on whether a piece of legislation will pass.

These betting markets don’t always predict the right election outcomes. (Donald Trump was far from a favorite in 2016 when he beat Democratic nominee Hillary Clinton.) But they tend to be more accurate than polls or the prognostications of Washington talking heads. Betting markets are often efficient because they price in real time the most accurate polling data, as well as day-to-day events and information (public and private) that can influence who is going to win on Election Day.

“Federal regulators should let people wager on politics and instead concentrate on rooting out real investor fraud.”

Why should anyone care about whether these markets are allowed to continue? Because they provide valuable information that can influence investment decisions. We wish it weren’t so, but given that we now have a $6 trillion annual federal budget and hyperactive federal regulators, such as Federal Trade Commission Chair Lina Khan, investors can make more informed decisions by knowing the probabilities of certain election outcomes.

The CFTC seems to discount the social benefit to these markets. The hundreds of thousands of bettors who are making the wagers and collectively “moving the line,” like a point spread on a football game, provide free information to investors, business owners, builders and so on about the future policy environment. It’s similar to using the stock market to determine the future earnings of a company.

We are also worried that federal regulators may want to shut down other prediction markets related to public policy outcomes. If you want to know what the odds are of the Federal Reserve raising interest rates by 75 basis points at its next meeting, a betting market (which requires people to put actual money where their mouth is) is far more predictive than what Jim Cramer of CNBC thinks.

Betting markets can also inform policymakers on the wisdom of new laws and regulations. Congress just “invested” $300 billion of taxpayer money in climate change legislation, which supporters say will lower global temperatures. Will it? A betting market on what the global temperature will be in, say, 10 years, might be far more informative than garbage-in, garbage-out computer models. If there is truly a “scientific consensus,” then all the money would flow to one side of the market. We suspect betting markets would reveal that the “consensus” isn’t so reliable. Experts are often wrong.

One of the great comparative advantages America has over nearly every other nation is highly sophisticated capital markets that allocate investment dollars to the highest-return companies and projects. Our capital markets don’t always get it right, which is why financially speculative bubbles can burst (e.g., Bitcoin).

But mostly, investors collectively make smart decisions — which has contributed mightily to the more than $100 trillion of new wealth created in the United States over the past four decades.

The CFTC apparently believes political betting markets are some kind of threat to democracy. But this kind of betting has long been allowed in Europe. The only impact of shutting down PredictIt and others here is to move the betting action overseas or underground — with less oversight and regulation. This will likely shrink the volume of betting, which only makes these markets less efficient — to everyone’s detriment.

Federal regulators should let people wager on politics and instead concentrate on rooting out real investor fraud.