America Is a Communist Country 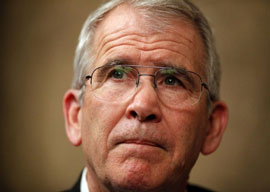 While the document’s drafters claim that “physical action” refers to protest, we’ve seen this movie before.

When I returned to UMass years later to study Anglo-Saxon poetry, Arthurian legend, and whatever psychedelic drugs I could get my hot little hands on, not much had changed. Grad students still bitched about not getting paid enough as political commissars, 40-year-old perpetual teenagers still sold copies of Socialist Worker in the Student Union, and upper-middle-class kids from Jersey (who at this point were really overpaying) still stood agape in disbelief when I informed them that there were, in fact, poor white people in the world. Within driving distance, even.

It’s no mistake that these same kids, who often majored in something called “Social Thought and Political Economy,” which is basically the UMass Department of Cultural Marxism, have now largely gone on to become union functionaries, Democratic Party hacks (or whatever Occupiers are doing these days), or public-school teachers. They’re teaching your kids right now, by the way, if you’re foolish enough to keep them in public schools.

For what it’s worth, the right (at least the part of it not making a handsome living throwing dumbed-down chum to two-digit-IQ sharks) seems far more based on empirical thought, free exchange of ideas, and even downright heresy. There’s much more of a Midwestern “show me” attitude, as compared to the whole Northeastern “I didn”t understand that…it must be true” thing that dominates leftist discourse.

I”ve never been much for the syllogism whereby “the left” means “collectivism” means “Nazis were leftists because freedom.” But I”m also the simple kind of man who when he sees lightning expects thunder. I still believe that the leftist hate machine is about to break down in a glorious circular firing squad, but I readily concede that dark days might well lie between now and then.