American’s Got Talent and Hope 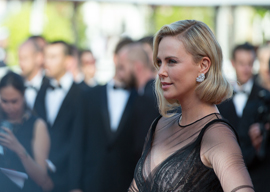 In fact, things were so reasonable that when promos for movies came on, they seemed completely out of place. A commercial for Atomic Blonde started with a review from Vanity Fair that said, “Witness the birth of a new original hero,” followed by a montage of Charlize Theron beating up men, crashing cars, and chugging vodka. Yeah, right. Then we saw a trailer for The Glass Castle where Woody Harrelson tells some Lisa Simpson type, “You were born to change the world.” Hollywood didn”t get the free-market memo from the ad world and the contrast between the two was stark.

When a #cuckmercial finally did come on I was almost relieved. These were the things I was convinced were absolutely everywhere. It was an Aflac commercial that starts with a baseball bat and a dad holding an ice pack to his brutally disfigured face. Mom arrives and the son explains, “Dad kind of walked into my swing,” to which she responds, “Don”t you mean Dad kind of walked into our Hawaii fund?” They all take a vote and decide the extra money Aflac awarded them should go to a vacation and not fixing Dad’s face. He reluctantly agrees and even gives the family a weak high five. It’s the classic anti-white-male, anti-patriarchy, anti-nuclear-family commercial that gets under your skin, but it was the only one in an hour of prime-time television. These annoy me so deeply I had duped myself into thinking they were absolutely everywhere.

In the end, the experiment was not at all what I expected it to be but good news nonetheless. PC is infecting our culture. We are battered over the head with anti-traditionalism everywhere we go, but it’s not yet ubiquitous. There are still outposts where the free market remembers that being a radical feminist separatist who hates men isn”t good for business.