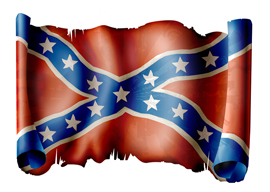 “They had found a leader, Robert E. Lee—and what a leader! … No military leader since Napoleon has aroused such enthusiastic devotion among troops as did Lee when he reviewed them on his horse Traveller.”

So wrote Samuel Eliot Morison in his magisterial “The Oxford History of the American People” in 1965.

First in his class at West Point, hero of the Mexican War, Lee was the man to whom President Lincoln turned to lead his army. But when Virginia seceded, Lee would not lift up his sword against his own people, and chose to defend his home state rather than wage war upon her.

This veneration of Lee, wrote Richard Weaver, “appears in the saying attributed to a Confederate soldier, ‘The rest of us may have … descended from monkeys, but it took a God to make Marse Robert.’”

Growing up after World War II, this was accepted history.

Yet, on the militant left today, the name Lee evokes raw hatred and howls of “racist and traitor.” A clamor has arisen to have all statues of him and all Confederate soldiers and statesmen pulled down from their pedestals and put in museums or tossed onto trash piles.

“Like ISIS, which smashed the storied ruins of Palmyra, and the al-Qaida rebels who ravaged the fabled Saharan city of Timbuktu, the new barbarism has come to America.”

It is not history. There have been no great new discoveries about Lee.

What has changed is America herself. She is not the same country. We have passed through a great social, cultural and moral revolution that has left us irretrievably divided on separate shores.

And the politicians are in panic.

Who hates the statues, Terry? Who’s going to cause the violence? Answer: The Democratic left whom Terry must now appease.

The election is the place to decide this, but the left will not wait.

In Durham, North Carolina, our Taliban smashed the statue of a Confederate soldier. Near the entrance of Duke University Chapel, a statue of Lee has been defaced, the nose broken off.

Wednesday at dawn, Baltimore carried out a cultural cleansing by taking down statues of Lee and Maryland Chief Justice Roger Taney who wrote the Dred Scott decision and opposed Lincoln’s suspension of the right of habeas corpus.

Like ISIS, which smashed the storied ruins of Palmyra, and the al-Qaida rebels who ravaged the fabled Saharan city of Timbuktu, the new barbarism has come to America. This is going to become a blazing issue, not only between but within the parties.

For there are 10 Confederates in Statuary Hall in the Capitol, among them Lee, Georgia’s Alexander Stephens, vice president to Jefferson Davis, and Davis himself. The Black Caucus wants them gone.

Mount Rushmore-sized carvings of Lee, Jackson and Davis are on Stone Mountain, Georgia. Are they to be blasted off?

There are countless universities, colleges and high schools like Washington & Lee named for Confederate statesmen and soldiers. Across the Potomac from D.C. are Jefferson Davis Highway and Leesburg Pike to Leesburg itself, 25 miles north. Are all highways, streets, towns and counties named for Confederates to be renamed? What about Fort Bragg?