Among the Gibbering Journalists 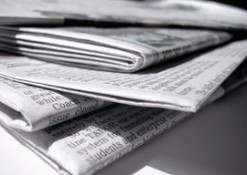 The other day in The Wall Street Journal, my friend Fred Barnes deposited a few thoughts on journalism provoked by the discovery to a mother lode of left-wing bigotry, screeds and semi-literate gibbering. He hastened to tell his readers that there was no conspiracy behind the journalists’ “tilt” to the left, but rather, “The media disproportionately attracts people from a liberal arts background who tend, quite innocently, to be politically liberal.” Then he filed a caveat, noting that “hundreds of journalists have gotten together, on an online listserv called JournoList, to promote liberalism and liberal politicians at the expense of traditional journalism.”

Well, let me address Barnes’ thoughts before jumping on the JournoList controversy. I rather doubt that journalism was ever a conspiracy. In fact, I doubt that journalism was preordained to be dominated by liberalism. There was a day, before the New Deal, when there were plenty of journalists who were not guided by left-wing ideas or any motive at all. The clever journalist, usually, just wanted to get a good story. Yet the New Deal came along and then the war and, finally, television. At first, it was humanitarian to be in sympathy with the New Deal. Then it was patriotic to be in sympathy with what was a growing homogenization of views among news gatherers. Finally, it was good sense to be a liberal newsperson. By the time television came into its own, liberalism was the corporate mentality of the news gathering business. Hence you can take television news gatherers or print news gatherers and plug them in interchangeably.

Instead of breaking up along reasonable lines, it has tried to remain coherent and viable against the odds. Though Murdoch and Ailes at The Wall Street Journal and Fox have employed ideologues and entertainers, the media’s stalwarts are all “true” journalists who have continued gathering the news, pronouncing on it and covering their glutei maximi when some poor wretch, such as Dan Rather, proves to be an embarrassment.

Recently there proved to be another embarrassment. I have in mind Barnes’ “hundreds” of journalists. They were indeed sedulously advancing “liberalism and liberal politicians at the expense of traditional journalism.” Yet with admirable sang-froid, Howard Kurtz, who watches over the corporate mentality of journalism like a mother hen, tsk-tsked, “(Some of these messages) show liberal commentators appearing to cooperate in an effort to hammer out the shrewdest talking points against the Republicans—including, in one case, a suggestion for accusing random conservatives of being racist.”

Did you say “liberal commentators,” Howard? They were all left-wing commentators. One of the reasons the keepers of the news’ corporate mentality no longer can be taken seriously is they cannot identify a “left-winger.” There is no sense of symmetry in their world. The products of Murdoch and Ailes can be called conservative, but no product of ABC, CBS, NBC, The New York Times or The Washington Post ever can be called liberal, to say nothing of left-wing. Call them the products of the corporate mentality.

Jeffrey Toobin, The New Yorker: “As a side note, does anyone know what prompted Michael Barone to go insane?”

Spencer Ackerman: “Let’s just throw Ledeen against a wall. Or, pace (sic) Dr. Alterman, throw him through a plate glass window. I’ll bet a little spot of violence would shut him right the f—- up, as with most bullies.”

Then there was a National Public Radio producer who wrote that upon hearing Rush Limbaugh had a heart attack, she would “laugh loudly like a maniac and watch his eyes bug out. … I never knew I had this much hate in me.”