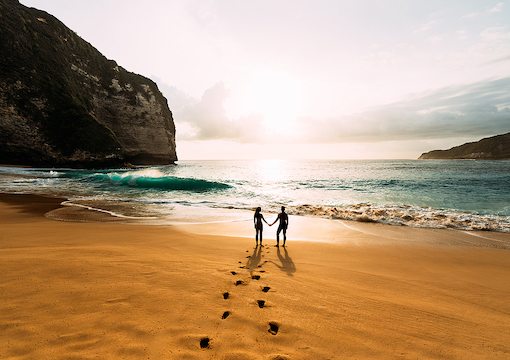 As everyone knows, or by now ought to know, the only possible explanation of differing outcomes between groups is prejudice, privilege, and oppression by those groups with more favorable outcomes. It follows that the only solution to the anomaly of differential outcomes, and the restoration of the primordial equality that is natural to mankind, is restitution, compensation, expropriation, positive discrimination, etc.

One of the most startling differentials, of course, is that between men and women. It is surely time for it to be redressed.

For example, I was reading in Le Figaro only yesterday that nearly 58 percent of deaths from Covid in France were of men, and only 42 percent of women. This only brings into sharp relief a fundamental injustice that has gone unaddressed for decades, indeed has been largely unnoticed, namely the fact that women live, on average, several years longer than men. For example, women live just over three and a half years longer in Britain than men; in the U.S., the difference is five years; in France, six; in Russia, ten. Overall in the world, men were the victims of 73 percent of fatal road accidents and 78 percent of homicides.

“Once equality of life expectancy is achieved, our societies will be much happier.”

Let us take homicide as an example. In only two countries, Switzerland and Hong Kong, is the desirable goal of equality of victimhood reached. How have they reached this elevated level of civilization, that is to say a just, fair, and equal distribution of the murdered? I confess that I do not have the answer, and I doubt that anyone else has it either. Could there be a more appropriate subject for an international commission of inquiry? Once it had reached its conclusions, other countries could institute homicide awareness training, to ensure that murderers, or potential murderers, were aware of the social justice implications of their acts.

Of course, achieving equality will not be easy: We shall have to guard against overcorrection, which would be equally unjust. But it must be frankly admitted that it is easier to increase the numbers of homicides than to reduce them, so that, regrettably, if the ultimate goal of equality is to be reached, it may be necessary… Well, I leave it to the reader to draw the conclusion.

But even if the numbers of deaths by homicide and road accidents could be equalized, it would only go a very small way to equalizing the life expectancy of men and women. This is because, regrettable as every fatal road accident and homicide is, such deaths account for only a very small proportion of all deaths, for example in Britain about 2,400 a year in total, whereas the annual number of deaths from cardiovascular diseases is approximately 170,000. A drop, so to speak, in the kicking of the bucket.

Clearly something more drastic needs to be done. Again, it is easier, or would take less effort and expense, to reduce life expectancy than to increase it. The causes of death are cheap, the means to save life expensive, at least in these times when, notwithstanding the Covid epidemic, widespread infectious disease—the main killer of the past—has been largely overcome.

There is, I think, a simple solution to the problem. It has been estimated that a high proportion of the relatively reduced life expectancy of the poorer sections of British society is attributable to their much higher rates of smoking. A good part of the difference (ten years for men and eight for women) would disappear if the proportions of people smoking were equalized.

But it is notoriously difficult to get the lower social classes to change their habits. Therefore, in the name of equality (for could there be any equality more important than in the number of years lived?), men of high social class, and women of all social classes, should be encouraged to smoke more, to smoke for the sake of social justice. This would have enormous economic advantages also, for the great majority of the price of cigarettes in most countries is excise tax. Not only would taxes be raised, but expenditure reduced, for the elderly are expensive and consume unproductively a disproportionate and growing percentage of the economic product of all advanced countries.

Rome wasn’t built in a day, and so we must plan ahead and think in the long-term. As Saint Ignatius Loyola said, give me a child for the first seven years and I will give you the man—or in this case woman. Smoking classes in primary school, especially for little girls, could be the answer. If you have them hooked by the age of 7, surely many of them will continue for life.

There will have to be fine-tuning, of course, to ensure equality of outcome. Part of the fine-tuning could be achieved via the price mechanism because the amount people smoke is sensitive to price. Given the intersectionality of life expectancy, we need to find a way of encouraging richer women to smoke more than the poor, and women more than men. But I am sure that, in these days of big data and artificial intelligence, such a desirable end could be reached.

Once equality of life expectancy is achieved, thus putting an end to centuries of oppression of men by women who have used their power to lengthen their lives at the expense of men, our societies will be much happier: For, as we know, the majority of all human unhappiness derives from inequality. This happiness will result, whether we have achieved equality by lengthening the lives of men or by shortening the lives of women. A golden age will have been ushered in and social conflict resolved. It is time, then, to approach the crisis of the sexual-inequality life expectancy with new thinking to overcome age-old prejudices that have so disadvantaged men.