An Open Letter to Men Who Send Dick Shots to Women 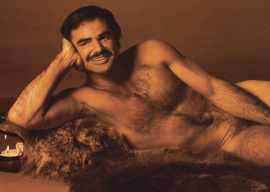 Women do not want to see your dick. They aren’t interested in your abs, and they don’t care how much weight you lost. Men get dumped for partying too much or cheating or being devoid of ambition. “He was too fat” or “His chest was too hairy” has been used as an excuse to dump a guy approximately never. There have been instances of men getting dumped for having a small penis, but you’d need a microscope to find them. Women can make do with just about anything larger than an outie.

How are the sales of those Guys Gone Wild videos where frat dudes in wet T-shirts make out with each other? No such thing. Straight women are more likely to be turned on by naked women than by naked men. Among heteros, both sexes only want to look at women—women are that hot.

Does anyone doubt for a second it’s the fags who keep wrenching Playgirl magazine out of bankruptcy? Can you even imagine a woman settling into her deckchair with a tall glass of lemonade and the latest issue of a glossy periodical featuring elegant photographs of mottled male posteriors? The homosexuals are everything women pretend to be. Gays see men’s bodies the same way straight males see women. While walking with a gay neighbor the other day and ogling women on the street, I elbowed him and gave him a Ralph Kramden hummina-hummina-hummina about a particularly perky passerby. “I don’t know,” he replied. “She’s a little too booby/vagina-y for me and not penisy enough.” He also said, “If a guy doesn’t have it going on down there, I’m not interested. Actually, that’s all I’m interested in.” I love arguing with homos about the strange hairy shapes they’ve been cursed to crave. “How can you love a bag?” I recently pleaded to gay filmmaker Bruce LaBruce. He loves men so much he was barely able to answer such ridiculous blasphemy. “You obviously have no respect for the human form,” he said.