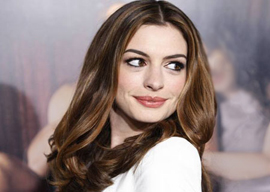 The time is nigh. After endless months of awards shows where critics, the public, and self-congratulatory stars bestowed honors on Colin Firth and…Colin Firth, the only ceremony that really matters is finally, blessedly, here. Here’s hoping James Franco and Anne Hathaway liven up the typically plodding evening. But even bigger than the annual Oscars bash are the after-parties. On Friday, Vanity Fair is doing their DJ night with firecracker Sofia Vergara and the boys from Glee. Saturday brings a fete for the documentary honorees by HBO, and a lunch by Barry Diller for Graydon Carter. But the real glitz descends Sunday at the Governors Ball, then stars must choose between Elton John and Vanity Fair‘s annual parties. And finally, Franco is throwing a very late-night party at Hollywood’s Supperclub.

In a cutesy move, Prince William and no-longer-Waity Kate returned to St Andrews this week, where the two met as undergrads oh so long ago. “This is a very special moment for Catherine and me. It feels like coming home,” William said. They were there for the school’s 600th anniversary. It was a fun public appearance for the couple, but you have to wonder if Kate is at all worried about the big stag party Prince Harry is planning for his older brother. The boys will apparently set sail and engage in a “variety of extreme watersports” and follow it up with a pub crawl. 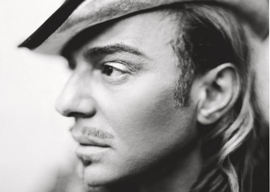 It was also a week filled with bad boys. Famed fashion designer John Galliano of Dior was arrested Thursday night after getting into a scuffle with a couple at a restaurant in Paris. (This comes one day after Kate Moss announced Galliano would design her wedding dress.) Long story short: He was drunk, allegedly made anti-Semitic remarks, and is now suspended from the House of Dior. Great week for John-John!

David Arquette is chatting about his marital problems once again. He’s still separated from Courteney Cox, but telling Oprah he”d like to make things work. “I want her to be happy,” Arquette said. “If me being the best person I can be doesn’t make her happy in a partner, in who she needs, whatever she’s looking for, that’s still to be answered.” And everybody, please put it on the record: He didn”t cheat. The A-listers were separated when he admitted his tryst with a no-name.

It’s hard to tell what Kelsey Grammer loves more: His fiancÃ©e, or his newfound time in the spotlight. Luckily, he’s found a way to combine them in a big, bloated ceremony! Grammer and Kayte Walsh are getting married Friday on the Broadway stage of La Cage aux Folles, the same play Grammer starred in when he left his wife for his new girlfriend. A source says it’s where he fell in love with Kayte and “she was always backstage.” Aw. Wonder if they”ll sign autographs after the show?