Anniversary of a Defenestration, Part II 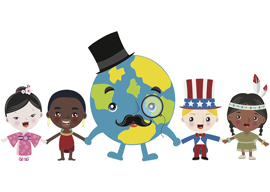 Some of the preeners took it to the next level, arguing that racial insouciance is a core American value. Fiddlesticks! The USA got along for its first 90 years with race slavery in several states and blacks excluded from civic life almost everywhere. It then went another hundred years with blacks as second-class citizens by near-universal agreement. I don’t doubt there were racially insouciant Americans in those two centuries, but I doubt there were many. It’s unnatural.

Racial insouciance as a public ideal came up in the 1960s among the intelligentsia and the Yankee bourgeoisie. To this day it still has not (to borrow from a famous mistranslation of one of Stalin’s speeches) penetrated the backward parts of the proletariat. Racial insouciance is not a core American value; it’s a boomer fad, like James Bond movies. It will be interesting to see which fad outlasts the other.

Democracy has a race problem. A few commentators looked above the petty particulars to put my opinions in some larger context.

A friend (thanks, G. C.) passed on this to me. It’s a posting from the punk-liberal blogger “Midwest Ballad Review.” The poster”call him MBW”argues that in addition to the “Americanist” conservatism of the official, National Review right:

…there is a second conservatism haunting the internet. Look for Derbyshire’s name and you’ll find it. For a sympathetic view of it, take a look at ex-pat right-wing philosopher Nick Land’s praise and appraisal of one “Mencius Moldbug,” another name you will surely run into if you venture into the deep reacto-sphere.

MBW is much better acquainted with us of the Dark Enlightenment than a liberal has any right to be. Did he steal one of our decoder rings? What really got my attention, though, was his prediction at the end of his piece that conservatism’s future belongs to us. It surely does, pal, but you’re not supposed to know.

Not that MBW is all good sense. He goes on to argue that I, Mencius, and others out here in the Dark Enlightenment have rejected not only the Declaration of Independence but also “the whole of Western culture basically since the Reformation, including democracy.”

That’s hyperbolic and a bit silly. The stuff about equality in the Declaration was nothing more than a ceremonial way of saying, “We’ll have no aristocracy of birth in our republic.” Name a Founder who would not have fallen dead of apoplexy on seeing his daughter out walking with a black man. Nor were the Founders great fans of democracy. Nor do I have any problem with post-Reformation Western culture; I have in fact written reverent books about two aspects of it (math and opera).

In Robert A. Heinlein’s Glory Road there’s an episode where the space/time-traveling but rather green hero Gordon meets a much more worldly”I mean, universe-ly”older traveler. The guy perceives that Gordon is a 20th-century American. He asks:

“How were things when you left? Especially, how is the United States getting along with its Noble Experiment?”

Gordon thinks he means Prohibition, and a misunderstanding follows. The older guy explains he meant democracy:

“Then they still have elections and all that?”

“The last time I looked, yes.”