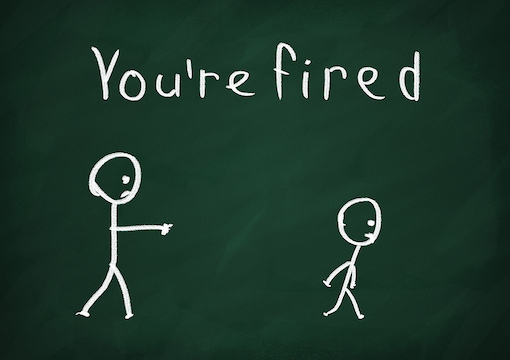 I was a mere 70 pages into Donald McNeil’s brief about his firing from The New York Times when I emailed a dozen of my friends to demand they read it immediately. But they don’t have my perseverance, so here are the highlights.

Two years after McNeil chaperoned a group of high schoolers on a trip to Peru to learn about rural health care, The Daily Beast published an article detailing the students’ list of denunciations against him, including the career-ending claim that he’d used the “N-word.”

Days later, it came out that he had used the word in response to a student’s question about a high school girl who’d been suspended from school for using the infamous word. He repeated it in order to ask how she’d said it.

This paragraph, particularly the parenthetical, is all you need to know about McNeil’s misadventure in Peru:

“At some point, a student took issue with my having said the U.S. wasn’t a colonial power, saying something like: ‘Don’t you realize what the CIA has done? Don’t you realize that the United Fruit Company interfered in central America to protect its banana monopoly?’ … (This student herself was white, from Greenwich, CT and went to Andover but mentioned multiple times over the week that she had a Latino boyfriend and he had opened her eyes to a different view of the world …)”

“These are the sort of people who ought to be office managers ordering staples and mousepads, not people who report news.”

None of the students on this resume-padding trip were black. There was one Asian, and the rest were white, dripping with white privilege. (Who else goes on a Princeton-bait trip to Peru in high school to learn about “rural health care”?) Twenty of the 22 students were girls. All appear to be complete idiots.

McNeil went on the exact same trip and gave the same lectures to a different group of high school students the summer before and got rave reviews. But the 2019 batch were in the advanced Spotting Racism class.

During McNeil’s struggle sessions with his interrogators at the Times, he was accused of an array of crimes against political correctness. Here’s a sampling:

Charlotte (Behrendt, associate managing editor for employee relations): “Did you say the word “n****r” on this trip?”

Charlotte: “Did you say there’s no such thing as white privilege?”

Charlotte: “So you didn’t say there was no such thing?”

McNeil: “No. Absolutely not. That doesn’t even make any sense.”

Charlotte: “Did you say there is no such thing as institutional racism?”

Charlotte: “Did you say it was OK to wear blackface?”

Charlotte: “Did you say climate change didn’t matter because it only killed poor people?”

Charlotte: “Did you make fun of a student’s hometown?”

McNeil: “I don’t think so. What hometown?”

McNeil’s unprovoked attack on someone’s hometown consisted of his hearing that one student was from Boston, and saying, “Nice town … except for that baseball team.” [Yankees-Red Sox rivalry ensues.]

Charlotte: “Did you tell a joke about a doctor and a Jewish mother?”

McNeil later remembered that he’d used a stock joke from his usual speech to doctors:

“I was pre-med for a year, but when I told my mother what I was thinking, she laughed and said: ‘Donald, you’re never going to be a doctor. You don’t have the patience to get through medical school.’

“So, if any of you are wondering what it’s like to NOT be raised by a Jewish mother, that’s pretty much it: You say you want to be a doctor, she laughs at you and says, ‘It’ll never happen.'”

The endless questioning of McNeil’s jokes and comments feels like a weird, stressful dream. But the little Nazi block watchers held a trump card: They’d asked him about the “N-word” and … HE RESPONDED!

McNeil’s story goes far beyond him, a crotchety leftist, angry about people walking in parks during the COVID shutdowns. Way too much of his response consists of his submission to the woke overlords, admitting that maybe he IS a racist and denouncing his grandfather as an anti-Semite. So forget McNeil. It’s Iran-Iraq.

Nonetheless, his story gives readers a terrifying glimpse of the next generation of grim conformists being pumped out by the nation’s education establishment.

These holy terrors are tormenting newsrooms across New York City — at New York magazine, The New Yorker and The New York Times. They are true believers, not original thinkers — race-obsessed, gender-obsessed, anti-white, anti-American, and much, much stupider than reporters used to be. Just tell me what I’m supposed to think and I’ll think it. These are the sort of people who ought to be office managers ordering staples and mousepads, not people who report news.

This is why newspapers can’t be trusted anymore. Reporters need to have a normal person’s understanding of what words mean, so they can get on with the story.

If a field is described as “barren,” we don’t need to know the precise size, type and amount of vegetation per square foot. But if we find out that by “barren,” reporters mean “lush,” then every word becomes suspect, and we’re going to need six paragraphs detailing the precise amount of greenery in the field. Not one word they use can be believed.

— believes most people are in prison because they committed crimes; or

And if they say someone is “anti-Semitic,” we better not find out they’re talking about a guy who told a joke about his mother saying he’d never make it through med school.

These sourpuss zealots are in such a mad race to show their wokeness, they are useless as conduits for the news. What they do isn’t “reporting.” It’s terrorism.