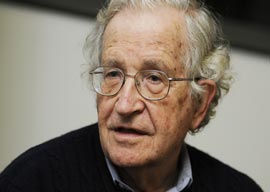 I”m none of those things, yet found among the neo-cons a worldview that, in general, seemed intuitively sound to me as I groped around in a post-9/11 fury.

If anything, the “warmongering” that all the paleos were ceaselessly bitching about never even lived up to its billing. I”d expected a war in Afghanistan to involve more “nuking Tora Bora” (with a side trip to take over Saudi Arabia) and less “building schools for ungrateful pederasts with no written language.” Stupid me.

What surprised and delighted me as I made new acquaintances on the right was how many of them were, like me, Gen-X punks.

It’s a not-as-weird-as-you-think phenomenon I”ve written about before (as has Gavin) but it was only when I read Hartman’s piece last week that that tumblers finally fell into place after all this time.

“In seeking to explain an attitude that seemed to them almost inexplicable, the neoconservatives developed a persuasive theory about a “new class” of powerful people whose collective interests were inimical to traditional America. They innovated this theory by reworking an older Soviet dissident discourse founded by nineteenth-century anarchist Mikhail Bakunin, whom the anti-Stalinist Left deemed a prophet for anticipating that Marx’s “dictatorship of the proletariat” would devolve into “the most distressing, offensive, and despicable type of government in the world.””

“By siding against contemporary intellectual mores, Bellow and the neoconservatives aligned with the more authentic sensibilities of average Americans. In other words, the neoconservative mind was the intellectualization of the white working-class ethos. As a Commentary writer put it: “Three working men discoursing of public affairs in a bar may perhaps display more clarity, shrewdness, and common sense” than a representative of the “new class” with his “heavy disquisitions.””

It’s enough to make me wonder if old man Podhoretz would want to borrow my Sham 69 records.