Lizzie Garrett is a Los Angeles-based freelance writer who covers everything from politics to pendant lamps. She received a B.A. degree from Occidental College in American History and Studio Art. After interning for W and Los Angeles Magazine while still in school, Ms. Garrett began her full-time writing career with Bon App 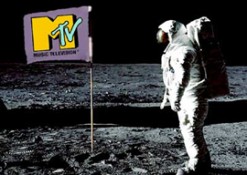 The first time we spoke she walked past me, pointed at my feet without breaking her stride...

George Kennan and the Discovery of Realism

The tradition of thought with which George Kennan (1904-2005) is most often identified is that of political realism. That tradition appears to most Americans to be rather foreign, incompatible with new world enlightenment and morality. To them, diplomacy is morality as it applies to relations between states and to human conduct around the globe. The guiding principle of American foreign policy should therefore be to act in ways calculated to make the world a better place. Such a view presupposes that the moral principles embraced by Americans possess both perfect clarity and universal validity; their adoption by all men would lead inexorably to a world of peace and justice. Realists take a different view. Those responsible for the conduct of foreign policy must, in their judgment, take the world as it is, not as it ought to be. They must recognize that the world is a dangerous place, because human nature, with its capacity for evil as well as good, remains constant, everywhere and at all times. In contrast to what most of his countrymen believed, for example, Kennan viewed man as a cracked vessel; as a result, the world in which he lives is, and will remain, fallen.