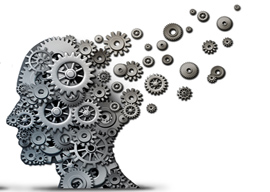 A distinguished former colleague of mine—all my former colleagues are distinguished, ex officio so to speak—received an e-mail from someone in the administration who called herself Trudy, though, never having been introduced to her, he had no idea who Trudy was, informing him that he had completed an annual form a week late, and admonishing him because of it.

The form, of course, partook of the essential quality of most forms, that is to say of being pro forma, which in turn is to say that the purpose of the form was to be filled rather than to provide anyone with information that might be useful to him or her. It was, again like most forms, immediately filed without first having been read, a bit like those immigration forms to the United States that asked you whether you had ever committed genocide (after the downfall of the Soviet Union, genocide replaced communism as the object of moral inquiry).

According to our records your form was not completed on time and resulted in escalation of your overdue form.

Please note as you have previously been in the escalation process if your form is not completed on time you will automatically be asked to meet with your Director to discuss.

One can only hope that Buffon was wrong when he said that the style is the man himself, or in this case the woman herself; for what kind of person would the above style suggest?

Trudy writes of “escalation” as if it were something as devoid of human agency as the eruption of Krakatoa. No human hand has touched the “escalation process” and therefore, of course, no human being can be held responsible for it, certainly not Trudy herself. Presumably Trudy feels also that she is no more than a cog in a machine or a step in a process; she thinks of herself in this context as almost inanimate.

“Trudy writes of ‘escalation’ as if it were something as devoid of human agency as the eruption of Krakatoa.”

And yet, at the same time, no human being can think of himself in this way (unless very psychiatrically disturbed), either consistently or for very long. The sense of agency, that we are capable of acting according to our thoughts, is inherent in human beings. Thus Trudy both claims to be but a cog in a machine but knows herself to be a human being at the same time, a contradiction of which she is almost certainly aware at least intermittently, and which she knows leads her into a chronic state of dishonesty. She knows that she owes her position in the hierarchy, and any hope of ascent in it, to her willingness to assume the role of cog. Not cogito, ergo sum, but cog therefore promoted, is her motto. That is why I think that if I passed Trudy in the corridor she would turn her eyes away from mine and not look me in the face; she knows that she lives in bad faith and she knows that I guess it even if I do not actually know it.

One of the ways in which to prove your willingness to act as a cog—though you cannot actually be one, since to act as a cog entails a decision to do so, thus abrogating your cog-ness—is to adopt the special language of which Trudy’s missive to my distinguished former colleague is an example. Just as no one is born in the modern world speaking Latin, so no one is born speaking this language, and, at least until it becomes universal (as perhaps it has in North Korea), it has to be learned. This takes determination if not intelligence; if you try to speak it without an apprenticeship in it, you will find that your utterances, despite your best intentions, sometimes express clear meanings. It is not as easy as people might suppose to speak only in connotations without denotations, that is to say in vague and implied rather than in definite and explicit meanings. The vagueness or ambiguity of Trudy-esque language has nothing poetic or romantic about it, of course; it is as earthbound as ground mist, and the purpose—or one of the purposes—of its ambiguity is to convey a Kafkaesque sense of menace. It says, in effect, “However lickspittle-lackey I might be, I have power over you.”

The language that Trudy speaks is both personal and impersonal—it is personal insofar as her own advancement is concerned; it is impersonal insofar as she gives no color or flavor to it herself. It is not Trudy the person, but Trudy the cog, the human trying to pretend that she is not human, who speaks it. Her missive might have been written by Liz, Phil, or Bobby.

Another of my distinguished colleagues heard a nurse, who had climbed up the greasy pole to become finance director of her hospital, say, “The future projection of the current fiscal envelope predicts a challenging context.” This makes Emperor Hirohito’s radio announcement after the Americans dropped the atom bombs that developments had taken place that were not necessarily to Japan’s advantage seem brutally frank. It is true that the nurse’s statement was unusually comprehensible—the hospital had exceeded its budget this year and would have to spend less next—but one has to remember that it was a spontaneous spoken remark rather than a written one, and that, with a little polishing, it could be upgraded in writing to complete incomprehensibility. At least the future projection was shorn of all human agency, as was the prediction of a challenging context, to say nothing of the overspending by the hospital and its finance director. One has to admire her statement as a first try or approximation.

But to return to Trudy. An odd thing happened to me as I wrote about her: I began to feel sorry for her. Imagine doing a job that does not need to be done, or worse still that needs not to be done! Imagine doing such a job because it seems to you the only viable way to advancement and the decent standard of living that you desire for yourself and your children! Imagine that to achieve such advancement you have to adopt a language that, at bottom, you know to be intrinsically and purposefully dishonest and mendacious! You have to pretend to believe what you say, however outlandish it may be. You can never face the world head-on; you are forever condemned to sidle down corridors, talking in euphemisms and averting your gaze from that of those who know what you are about. This is an unenviable lot, and there are millions of Trudys (or is it Trudies?) in the world, ever more of them, in fact.