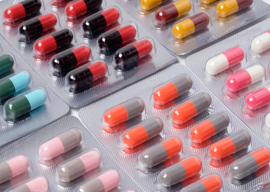 But there was a difference in the founding generation’s trolling. Our Founding Fathers weren”t rattling the hornet’s nest for inane ideas like gender equality. They were asserting their rights as Englishmen. Self-governance was their goal. George Washington wasn”t tweeting at George III or cracking wise about his Queen Charlotte. He led a ragtag army to victory over the most powerful military on the planet.

Trolling can produce good results when it is backed by a moral imperative. During his congressional stunt, Shkreli was challenged by Rep. Elijah Cummings to quit the shenanigans and do something productive. “The way I see it, you can go down in history as the poster boy for greedy drug company executives, or you could change the system,” he told a smirking Shkreli. Undeterred, Cummings continued: “I know you are smiling, but I am very serious, sir. I truly believe you can become a force of tremendous good.”

How did the self-styled reform entrepreneur answer the call to arms? By tweeting out: “Hard to accept that these imbeciles represent the people in our government.”

So much for sticking it to Big Pharma. And so much for changing the drug market for the better.

If Martin Shkreli’s destiny is to be a happy-go-lucky jokester, then so be it. Like Russia, every society needs a few holy fools. I just wish Mr. Shkreli would add some holy to his foolishness.