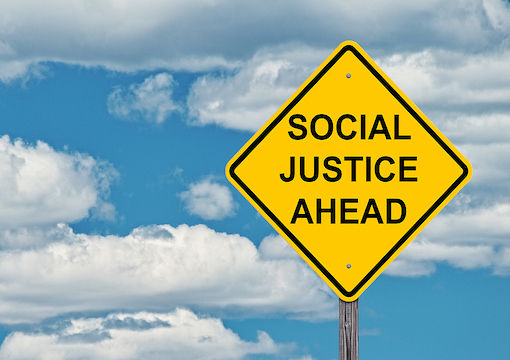 There are many causes for the failure of right-wing reactions to left-wing politics in the West, but one big one is something called bourgeois objectivism. This is the assumption that all social problems have a correct set of answers and the point of politics is to discover those solutions. Once the solution is determined, the point of politics is to explain it to everyone so it can be quickly implemented.

No human society has worked this way, nor will this ever be the norm. Instead, politics is about factionalism. One group wants things from government that benefit their faction, while other factions want things that benefit them. Politics is the clash of these factions over finite resources. This is something the American Founders understood and they addressed this issue in Federalist No. 10, in defense of the proposed constitution.

“In the hands of a partisan, facts are just decorations on the tree of ideology.”

Since freedom is determined by your faction, to use the classical liberal term, politics is always partisan. This is the contribution of Lenin. By framing bourgeois objectivism as nothing more than class interests, it becomes a form of partisanship. This means those “less wrong answers” popular with right-wing politics are just partisan attacks that can be dismissed or even attacked as assaults on freedom.

That strikes the typical right-wing person as madness, but it is why left-wing politics is so successful. An example is this recent post in something called The Markup, which is a site that describes itself as “a nonprofit newsroom that investigates how powerful institutions are using technology to change our society.” They are a “new kind of media organization” staffed with “quantitative journalists.”

For those disinclined to slog through the report, the claim is that artificial intelligence used to predict crime is biased against nonwhites. The system uses crime victimization data to predict where crime is most likely to occur. Since most crime victims are nonwhite and most crime is committed by nonwhites, the software “targets” communities of color with its racist predictions about crime.

You will note right away that the post is decorated with the sorts of things people unfamiliar with quantitative work assume is common in research. They have lots of graphical representations of data. Of course, data means something entirely different in left-wing politics than anywhere else. In the hands of a partisan, facts are just decorations on the tree of ideology.

Of course, most right-wing people will jump on the fact that the color of crime in America is well-known and predictable without artificial intelligence. In fact, no intelligence is required as even the dumbest person knows where crime is most common. The phrase “table 43” is not a dog whistle for race realists by accident. It is shorthand for the racial makeup of crime in the FBI Uniform Crime Report.

Amusingly, the word “accurate” appears just four times in the post. One hit is in this sentence: “We did not try to determine how accurately PredPol predicted crime patterns.” Another two hits were from a paragraph that explained that efforts to make the software less racist made the predictions less accurate. It would take a heart of stone not to laugh at this display of myopia.

Conservatives, of course, often look at these examples and proclaim, “Aha! They know the truth and that is why they put those lines in there.” They take a nakedly partisan post like that crime story and turn it into a cryptic four-dimensional confirmation of their deeply held belief in facts and logic. The rejection of objective reasoning becomes confirmation of the need to double down on facts and reason.

This is why the left always wins. The people behind this post are not interested in facts and reason. They are partisans. They believe cops are bad because cops protect white power structures and oppress black bodies. The point of their politics is to destroy the white power structure, so attacking the basics of policing is fair game. From their perspective, attacking the logic of crime prevention is completely rational.

This becomes obvious when you look at the “researchers” behind this report. The first listed name is someone calling himself Aaron Sankin. He was a full-time conspiracy theorist and “hate researcher” for sites like the Huffington Post. Dhruv Mehrotra appears to be nothing more than an angry bigot on Twitter, in addition to working for the left-wing conspiracy site called Gizmodo.

The point is, the people behind this ridiculous study are just partisan activists with no interest in the truth about crime. They are operating from moral conviction and they see normal, stable society as an enemy of freedom. If fabricating absurd studies about crime is what it takes to strike a blow against white supremacy, then they are all for it. There is no reasoning with fanatics, as they are beyond reason.

There is one other aspect to this that is always missed by conservatives. The moral framing will be reinforced by the right-wing response. The critiques of the logic will all start with some form of “it is not racist…” in an effort to inoculate the critic against the claim of being a racist. In other words, the concept of racism, a left-wing creation, gets cemented into the framing of politics.

It is this commitment to an ends-justify-the-means form of politics that has always been the strength of left-wing movements. These absurd attacks on using software to predict crime will be followed by media attacks on the owners of the company and then their eventual capitulation. In time, the software maker will submit because he will care more about abiding by left-wing morality than factual accuracy.

This is the nature of all politics, but especially so in a democracy where the truth is 50 percent plus 1. The winner is always the strong horse, and the strong horses in a democratic system are those with moral conviction. The left always wins because there is never anyone more certain than the fanatic. You see something similar in Europe where Muslim minorities push around the majority despite the numbers.

The lesson to be drawn from the last half century of right-wing political failure is that you cannot defeat moral certainty with factual accuracy. If there is ever going to be genuine right-wing reaction to the left-wing assault on civil society it is going to have to be based in an alternative moral framework. Ocasio-Cortez was right. Being morally right counts for more than “being precisely, factually, and semantically correct.”