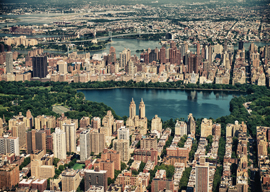 Back in the very early 60s there was an uninhabited islet off the west coast of Greece by the name of Skorpios. It was wild, with neglected olive groves, and its asking price was around 60 thousand dollars. Step forward, Aristotle Socrates Onassis, who snapped it up and for good measure put some pocket change in for the even tinier Sparti Island next door. From the large Ionian island of Lefkas one can swim to Skorpios in less than an hour, wearing flippers that is. Onassis was a much misunderstood character. He had great charm, spoke many languages, was very streetwise, but his looks were against him. That and his propensity to wear dark blue double-breasted suits, white shirts, and dark, wrap-around sunglasses added to the Mafioso aura. The gomina slicked-down mane did not help. Finally, his inclination for dating very famous women landed him in the wrong kind of gossip columns of the time. When he married Jackie Kennedy, the most famous woman in the world in 1968, the Onassis name became known even among Amazon tribes who had never seen a white man.

“When he married Jackie Kennedy, the most famous woman in the world in 1968, the Onassis name became known even among Amazon tribes who had never seen a white man.”

I thought of Onassis recently when a Swiss friend went to stay with the Russian oligarch who bought Skorpios last year. The oligarch is the king of shit, a manure tycoon whose wife was awarded something like four billion greenbacks in their rather unfriendly divorce—that doesn’t mean that she will collect such an amount. All I can tell you is that it’s a long social drop from the Onassis days to the present; in fact, it’s like falling off an airplane flying at 55,000 feet. Onassis invested three million dollars to turn a wild uninhabited isle into a flower-decked gem with six miles of roads through the olive groves, a beautiful harbor for the Christina (the then biggest and most glamorous gin palace in the world), a villa that blended perfectly with the architecture of the Ionian isles, and a dozen guest houses to boot. The first time I visited it was by accident. The present Duke of Beaufort, back then plain David Somerset, Gianni Agnelli, and I were the three men who had begun a cruise on Gianni’s boat in July of 1967. All three of us were married but the ladies on board were not our wives. The cruise began in the south of France, but by the time we reached Lefkas, Gianni had got rid of the tarts. “Let’s stop by and see old Aristo,” said Gianni, and the Duke, who reads the Spectator, will confirm that Onassis was not happy to see us drop anchor on his island. The reason was the widow, whom Gianni spotted racing off on a speedboat as soon as we appeared. Onassis nevertheless showed us around the place, offered us a drink, and then it was time for us to be on our way. This was more than a year before the world was shocked to hear that Jackie Kennedy was to marry the Greek tycoon. Well, I could have had a world exclusive but it was a good ten years before I began this column, with a couple of trips to Vietnam and the wars in the Middle East before the Taki name was ever heard of by the reading public. Looking back, I could have leaked it to, say, Nigel Dempster, but it was not the kind of thing people did back then. Onassis died in 1975 and Agnelli in 2003, but the Duke and I are still around, as is Skorpios, but the latter in, shall we say, rather different hands.

This rambling disquisition on the distilling process of memory seems to have become a habit as I look back on a life of mostly pleasure and fun. I don’t think it’s a yearning to relive the past, only to point out how different the rich used to be. If I were to drop anchor uninvited in Skorpios today, being shot at would not surprise me. Let’s not forget that the king of shit also has a chalet in Gstaad with bulletproof windows, or so I’m told by reliable sources, as I have not gone checking them myself.  So, a yearning to recapture the year that I was thirty and in the company of two good friends could earn me a bullet up the bum, or at least a shot across the bow. Such are the joys of today’s new money. And in a perverse way, this might not be a bad thing. The yearning for an unreachable ideal past may never fade away, but the present makes it impossible to recover any authentic memory of certain places, places like the French Riviera, the isles of Greece, even cities like Rome and New York, now overrun by ghastly mass tourism and flash and brash “vulgarati” like the sons-in-law of Bernie Ecclestone. Onassis may have had new money but he aped his social betters by turning his island into an Ionian paradise, not a designer label fortress nor a pinnacle of show-off. The landscaping and architecture was as Ionian as it gets, the Ionian islands where the poor little Greek boy’s father came from being the only islands to have had a Renaissance as they were always under Venetian, English, and French rule until they reverted back to us late in the 19th century.

In today’s hothouse world of privilege and pretension, there is no semblance of good taste. The narcissistic response of the nouveaux riches today is “more.” I miss the Onassis days.