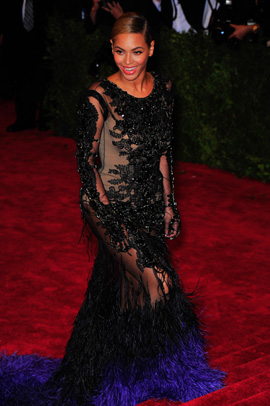 All that Christmas shopping got you depressed? There’s nothing trickier than picking out the perfect present for your significant other, but Beyonce has that game down. She bought a $2 million Bugatti Veyron for husband Jay-Z’s 41st birthday. The world’s fastest sports car was apparently on back order”it took a year for her to get it”and can go 255 miles per hour. One source said, “He’s in for the ride of his life.” And pressure’s on for Jay to counter with an equally extravagant gift in return.

Oprah‘s long denied the rumors that she and best friend Gayle King are lesbians, but few people have ever asked the queen of daytime straight to her face”until now. In an interview this week, Barbara Walters asked O to tell her about her relationship with Gayle, prompting tears and a call for tissues. Oprah’s response: “I have said we are not gay enough times. I am not gay. I am not lesbian. I”m not even kind of a lesbian.” She also said if she and longtime boyfriend Stedman Graham had gotten married, they would have divorced by now. That should shut up the naysayers for at least a week.

It’s tough being one of the most famous kids in the world. Jaden Smith, older brother to pop star Willow and, oh yes, son to Will and Jada, now needs a bodyguard. The 12-year-old brought along his hulking new friend to a Disney star’s birthday party, where he also won a dance-off. When he got an invite to the after-party, he sweetly said, “I”m only 12, I”ve got to go home to my parents.”

In sad news, soul star Aretha Franklin is being treated for what at least one source says is pancreatic cancer. The 68-year-old star had surgery last week and said it was highly successful. This type of cancer typically has a five to 10 percent chance of recovery. May the Queen of Soul get well soon”no one else is worthy to reign over her kingdom. 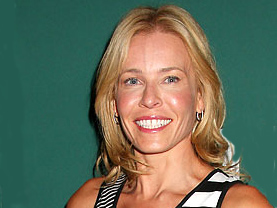 Chelsea Handler doesn”t limit her fiery comments to her late-night talk show. The comedienne blasted Angelina Jolie in a stand-up show earlier this week, calling her, among other things, a “home wrecker” and she wondered why everyone defends Angie after stealing Brad Pitt from Jennifer Aniston. (Handler and Aniston are close friends”it pays to pal around with women who have acid tongues.) Handler later said she’s been making fun of Angie “since she made out with her brother. No comment from the Jolie camp.

We got a taste of another Hollywood feud this week. Aaron Sorkin, creator of The West Wing and writer/director of The Social Network, took aim at Sarah Palin in a scathing article on The Huffington Post. In a recent episode of Sarah Palin’s Alaska, her TV show which doubles as a 2012 campaign ad, the former VP candidate hunted and killed a caribou, then told everyone to “save their condemnation” unless they”ve “never worn leather shoes, sat upon a leather chair or eaten meat.” Sorkin called her a deranged “phony pioneer girl” and says that was the first moose ever murdered for political gain.