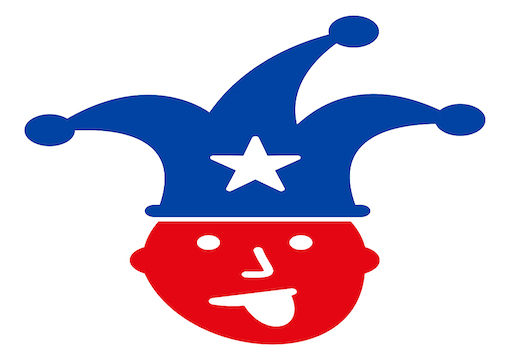 For as long as anyone reading this has been alive, American politics have been a morality play, performed according to very tight rules. First, the left comes out to wail about a new victim or maybe some new monster. They whip up interest with the crowd until the right shuffles onto the stage to dismiss the new crisis. The crowd is then encouraged to hiss and jeer at the heartless conservatives.

Most of the time, some of the conservatives start to quake in fear as the crowd calls them mean names. Some rush over to the left, playing the Mitt Romney role of finking on former friends. Others just run off the stage, throwing their dresses over their heads as they shriek like schoolgirls. Those who remain get pelted with rotten vegetables from the crowd as they boo and hiss at them.

Every once in a while, the show does not follow form. Maybe the crowd does not get excited over the crisis presented by the left. Perhaps the victim is not very sympathetic, or the villain is ridiculous. Sometimes the conservatives hang tough, sensing the crowd is not entirely against them. Most of the time, though, the crowd is pleased with the standard sound and fury of the familiar drama.

The basic formula is for the left to use some issue as a lure to bring the crowd and the conservatives together with them on stage. The lure may be a manufactured villain or a manufactured victim. Sometimes it is a blend of both. The thing at the center is not all that important. It is just a prop. Since it is often imaginary, it can be dismissed as quickly as it was conjured. It is a problem that never has to be solved.

“The point of raising the topic of reparations is to lure conservatives out onto the stage so they can be pelted with cabbages by the crowd for their racism.”

Race is the most obvious example. For as long as anyone reading this has been alive, race has been at the center of American political drama. Every generation has had its moral panic over race. For boomers it was the civil rights stuff. Then it was tolerance and acceptance of differences. That became the diversity crisis, which quickly became the white-privilege crisis for the current generation.

Maybe it is a sign that the audience is losing interest or possibly it is the big finish to the long-running race drama, but reparations are coming to the fore. It is an idea that has been kicking around for generations, but recently it has become a centerpiece of far-left agitation on race. Now more mainstream lefties are piling on. Former president Barak Obama has come out in favor of reparations.

Reparations have always been a ridiculous idea, which is why it has been popular with ridiculous people like Ta-Nehisi Coates. His plan to set things right for black people is just a call for more complaining. Like so much of the English language, he never bothered to learn the meaning of the word reparations. Reparations is about making amends and clearing the books, not endless self-pity.

When supposedly more serious people have tried to come up with a serious program to settle the debt owed by whites to blacks, the results tend to be comical. A black business executive calling himself Shawn Rochester wrote a book called The Black Tax: The Cost of Being Black in America, in which is tallied up the debt owed to his people. His final number was $70 trillion, roughly 60% of American household wealth.

Of course, the absurdity of the demand is part of the appeal. The point of raising the topic of reparations is not to come up with a solution, the final solution, to the race problem in America. The point of raising the issue is to lure conservatives out onto the stage so they can be pelted with cabbages by the crowd for their racism. Their opposition to this ridiculous idea is proof that white privilege is real.

President Obama, never the cleverest man in the room, gives the game away in his support for reparations. He said that “politics of white resistance and resentment” made the prospect of pursuing the issue during his presidency a “nonstarter.” You see, even though he and his party had total control of the government, they could not even mention the issue because of white racism. Whitey can’t catch a break.

The point of the American political drama is the drama. It is never about solving real problems that are popular with the public. The Obama years, like the Bush years and the Trump years, were sound and fury to distract from the great looting of the middle class by a class of parasitic billionaire pirates. Race is just one of the most convenient distractions in the political playwright’s toolkit.

Of course, there are the practical realities of reparations. Even if it were possible to have an honest accounting of the debt owed by whites to blacks for both slavery and discrimination, the final tally would not be good news for blacks. Five years ago, Ryan Faulk looked at the impact blacks have on the federal budget. It turns out the “black tax” is not what Shawn Rochester described in his book.

Of course, that is just the federal budget. The same story plays out at the state and local level. On the private side, the balance sheet gets even uglier. If blacks went home to Africa tomorrow, crime drops by close to 60%. The $350 billion spent for private security every year is suddenly directed to productive things. Relieved of the black tax, colonizing the moon and flying cars become a possibility again.

The reality of the math is another reason no one can ever seriously discuss settling the score between whites and blacks. When you add in the nonwhites who were foolishly invited in by white people, the result would be a mass transfer of wealth from nonwhites to whites. This would be true globally. If not for Western man, the bulk of humanity would be trapped in the Iron Age. Modernity is a white man’s creation.

None of this is the point of the drama, of course. As Juvenal observed 2,000 years ago, the point of popular politics is to keep the public occupied with pointless entertainments and drama. As long as we continue with the most absurd form of government, we will have the most absurd form of political drama. The political stage will be littered with grotesque carnies preforming the usual morality plays.