“Both Sides Now” (in the Key of Auschwitz) 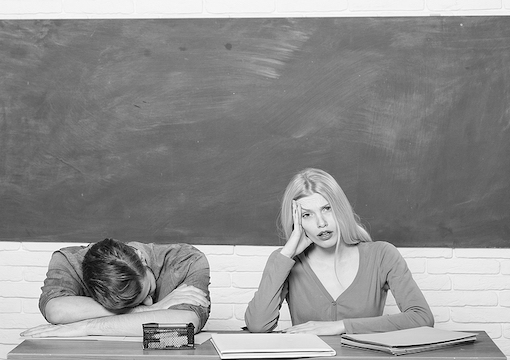 I’m growing increasingly annoyed at the “demographics is destiny” trope. Not because it’s incorrect (it isn’t), but because more and more it’s being used as a crutch.

“Death’s coming to us all.” That’s a 100% true statement. But if you invoke it as a reason to smoke ten packs a day, or pop fentanyl like candy, or grow morbidly obese, you’re using an accurate assertion to excuse your own sloth.

At the moment, rightists are chain-smokers and leftists are health nuts. Credit where it’s due: Lefties are pulling off some impressive shit. While rightists are sitting home watching a black comedian tell a (possibly plagiarized) joke about trannies and acting like they themselves just won a victory, leftists are carrying out some Skorzeny-level aktionen.

Like the Texas Holocaust hustle. That was pretty awesome.

Absolutely proper prohibitions. But to the teachers’ unions and their allies, this was an act of war. The law proscribes exactly the kind of brainwashing that’s the raison d’être of the education establishment. Yet there’s a wrinkle…teachers want to promote those hate-filled ideas, but they can’t admit it. They can’t say, “Yes, we want to make white students hate themselves and nonwhite students hate their classmates.” They have to say, “Oh my, we’d never teach such things! To suggest otherwise is Fox News propaganda!”

Teachers can’t say, “We oppose the bill because we want to teach the things it forbids.” Maybe they could be that honest in Oregon or NYC, but not in Texas.

A conundrum: How do you oppose a law when you can’t publicly admit why?

Now, if these were rightists, they’d give up. “This too hard! Me so tired. Oh look—funnyman told joke! I win! I win!”

But leftists—and by that I mean leftist “intellectuals,” not the BLM and Antifa subhumans—have a vision that they’re fanatical about. And fanatics rise to challenges. Several Texas educators isolated the one part of Abbott’s bill that could potentially be exploited—Section 1(h-2)(2):

Teachers who choose to discuss current events or widely debated and currently controversial issues of public policy or social affairs shall, to the best of their ability, strive to explore such issues from diverse and contending perspectives without giving deference to any one perspective.

Remember Christina Jeffrey? The NEA does. January 1995: The new GOP House had barely been sworn in, and Newt Gingrich appointed an old Kennesaw State University colleague named Christina Jeffrey as House historian. Within one day of the appointment, Democrat opposition research discovered that back in 1986, as a volunteer Dept. of Education course evaluator, Jeffrey had recommended against federal funding for Holocaust educational materials from an outfit called Facing History and Ourselves, because the materials lacked “balance and objectivity.” “The Nazi point of view, however unpopular, is still a point of view and it’s not presented.”

Jeffrey was trying to say that the course didn’t give students the full historical context of the Holocaust (as David Stein I worked with Facing History in the early 2000s, and I can vouch that their courses suck). But it was a clumsily written critique that any rational person should’ve known would be ill-received.

Gingrich was hit hard in the press—the first major body blow of his tumultuous tenure as speaker—and he was forced to fire Jeffrey and apologize. It was an embarrassment that took the wind out of the new speaker’s sails.

Using the Jeffrey assassination as a template, an aktion was launched to repeat that success and torpedo HB3979 using 1(h-2)(2).

The Carroll Independent School District (8,400 students) is in Southlake, Texas (Dallas/Fort Worth area). Two weeks ago, a bunch of Carroll teachers and admins held a meeting to discuss HB3979. The teachers overemoted about the horrors of the new law, how it’s “terrifying,” how it’s going to “hurt the children.” The meeting was chaired by Gina Peddy, district executive director of curriculum and instruction.

Supposedly, one of the attendees “secretly” recorded the meeting (although the audio is crystal clear).

At one point, Peddy told the teachers that because of HB3979, they’ll have to teach “both sides” of the Holocaust: “Make sure that if you have a book on the Holocaust, that you have one that has an opposing, that has other perspectives.”

The teachers, of course, gasped and wept and screamed. “The ‘other side’ of the Holocaust? What has Abbott done to the CHILDRENNNNN?”

“Blues in red states fight. Reds in blue states retreat. And an advancing force always catches up to a retreating object.”

Within a day, the audio recording “that a winged Mercury did bear” magically found its way to NBC, which turned the meeting into a national story. And now the left, the Democrats, and the media have their talking point: “Greg Abbott and the Texas GOP are forcing schools to teach the other side of the Holocaust!” Every major press outlet trumpeted the story. The ADL declared war on HB3979, and Democrats statewide (with plenty of out-of-state dough) are now battling the law in honor of the 6 million!

The activists successfully shifted the narrative from a debate over the things the bill prohibits (which teachers can’t admit they advocate) to a phony debate over the Holocaust.

Of course, the “other side of the Holocaust” talking point is nonsensical. The law specifically states that the “diverse and contending perspectives” section applies only to “currently controversial” issues. When New York Times vato Johnny Diaz (ese) covered the story, he excised “currently” from the bill’s wording. Dude literally altered the text. I emailed him repeatedly to ask why he did that, but apparently he was on an extended siesta (órale) and couldn’t reply.

The media’s also been rather cagey about Gina Peddy, the admin who made the “both sides” comment. Turns out she’s the district’s “diversity and inclusion” commissar, responsible for “cultural competence,” “hiring indicators that measure personal commitment to equity and inclusion,” “diverse instructional materials,” “books where all students feel they’re represented,” “culturally responsive teaching,” and a host of other woke programs.

Peddy ain’t no ig’nant hick who’d ever seriously suggest that her teachers need to teach “both sides” of the Holocaust. She knows better, and she knew what she was doing when she uttered the infamous “opposing perspectives” line.

This was a superb aktion. Not only did it shift the focus from the indefensible things HB3979 prohibits, it also triggered the “groyper” right to forget the whole point of HB3979. Once the media started wailing about how there’s no “other side” to the Holocaust, a bunch of far-rightists took the bait and said, “Yes, there is!” I know because I heard from them.

“Those leftists is claimin’ there’s no ‘other side’ to the Hollycost, Dave. Set ’em straight! Give ’em the facts!”

Whatever my disputes with the mainstream Holocaust narrative, the Holocaust absolutely happened and American K-through-12 kids have no need to study the ventilation shafts of a building in Poland in 1943. We’re graduating kids who can’t read or do basic math. The whole purpose of opposing CRT is to not impose ideological fetishes on kids.

Thanks to the Carroll partisans, journalists who claim that CRT doesn’t exist and that parents who oppose it are Astroturf are now promoting videos of actual Astroturf parents in Texas attacking school boards for “teaching both sides of the Holocaust”—something that’s absolutely not happening. The “dramatic” footage of “heroic” Texas parents is being used to supplant footage of genuinely heroic parents in other states fighting against CRT.

That’s why the Carroll District aktion was so damn good. Maybe it won’t kill HB3979, but that’s not the point.

To best explain the point, let’s do some Godfather II cosplay. I’ll be Hyman Roth, you be Michael. And you tell me about how you saw an interesting thing happen today. Some blue rebels in red Texas carried out a successful act of sabotage, even though they were outnumbered and outgunned. The rebels pulled the pin on one little audio clip and radically altered an entire debate, putting the state leadership on the defensive.

And I’ll reply, “So what does that tell you?”

And you respond, “That they can win.”

You can gauge the health of left and right by comparing how blues act in red states vs. how reds act in blue states. As the blue Texans were pulling off their successful op, here in L.A., the recall campaign against Soros DA George Gascon died, its deadline passed, no money, no signatures, no volunteers, no publicity in the conservative press.

Blues in red states act like the future is theirs. They act like they’ll eventually prevail, if not today, then soon.

That means they will.

Reds in blue states have given up, surrendered. They either stay home and cheer when they occasionally see something in popular media that “owns the libs,” or they pull up stakes and flee to Nebraskee or Tixiss or Montanee.

As if the rot they’re fleeing won’t follow, as if a retreating army can ever stop looking over its shoulder. As if “red” South Dakota’s Governor “boys in the girls’ room” Noem, or Arkansas’ Governor “hey, if you don’t like trannies make a movie and change the culture!” Hutchinson, or Oklahoma’s Governor “I let a cannibal murderer out of prison because he’s black and I don’t want to look racist” Stitt are the last of their kind instead of what you can expect more of in the decades to come.

Blues in red states fight. Reds in blue states retreat. And an advancing force always catches up to a retreating object. Soon enough, a lot of you will stop talking about a border wall and start advocating a “Montana wall.”

“Just leave us this much America! Please!”

It doesn’t have to be that way, but it likely will. There’s no reason the right can’t win. Immigration, crime, CRT…average working-class whites (and many Hispanics) clearly want to see leadership from the right on those issues.

But the will on the part of the leaders, activists, and donors has to be there.

And currently, the left has the stronger will.

That’s not on demography; that’s on you.

I’ll pick up this theme next week.