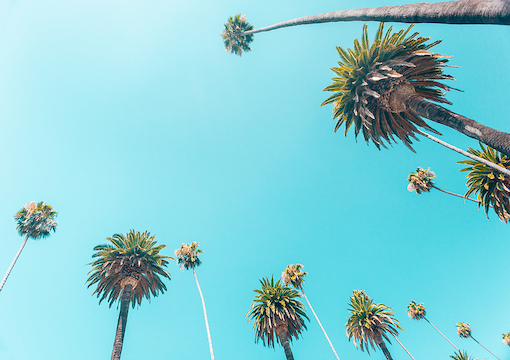 I have several close friends who moved from California to Arizona to live in “redder” territory. This has not been a good month for them. AZ’s turning bluer than the balls on an Elder Scrolls neckbeard. And even if you want to scream “voter fraud” regarding the Biden win, the fact is that Arizonans haven’t had two Democrat senators since the days when The Democrats Were the Real Racists™, and now that they do, the entire country has to pretend for the next six weeks that Georgia matters.

The irony is, my own Beverly Hills went even more solidly for Trump this year than in 2016. When Rodeo’s redder than the rodeo, you know you’re living in screwy times.

And on the subject of Californians and electoral surprises, commentators left and right have been puzzling over the fact that we defeated an attempt to bring affirmative action back to a state that banished it in 1996. Proposition 16, which would have allowed for favoritism of nonwhites in public employment, education, and contracting, lost by a wide margin. Yet the backers of Prop. 16 outspent the opposition $30 million to $2 million. And what a list of backers it was! The California Democrat Party and every Democrat officeholder in the state championed Prop. 16, as did every major newspaper. Every leftist “social justice” organization—the ACLU, NAACP, NOW, the ADL, BLM, even the Sierra Club and the PTA—backed Prop. 16. So did the Chamber of Commerce, Twitter, Facebook, Netflix, Microsoft, Uber, Dropbox, Reddit, Lyft, Yelp, AirBnB, Instacart, Gap, Levi’s, United Airlines, Wells Fargo, the 49ers, the Giants, and the Oakland A’s.

Soros backed it. The Chan/Zuckerberg Initiative backed it. Ava DuVernay backed it. Kaiser, Blue Shield, and PG&E backed it.

All those heavy hitters. All that money, and in a “blue state” no less. And yet…it wasn’t even close. The big bucks, the big endorsements, the push from big business and big tech, came to nothing. And the pundits are baffled.

Several rightist colleagues have told me they believe that voters were confused by the wording of Prop. 16. The 1996 affirmative action ban stated that public institutions cannot “discriminate,” and since Prop. 16 would have overturned that ban, voters mistakenly thought that by defeating 16, they were doing the thing the racial justice lobby wanted them to do. In other words (according to my colleagues), 16 lost because Cali voters are so brainwashed by the diversity cult, they mistakenly acted against it thinking they were doing the converse.

“When Rodeo’s redder than the rodeo, you know you’re living in screwy times.”

That’s a nihilistic, “we’re so screwed even our victories are defeats” way to view the situation, and it plays into the right’s general disdain for California. But in fact many leftists also went with the “voters were confused” angle. “Unclear ballot language explains affirmative action loss,” lamented EdSource, a California education analysis site. The San Francisco Chronicle pointed to “voter confusion” and a “ballot summary that voters found difficult to understand,” and Inside Higher Ed blamed “confusing wording” for the defeat.

The L.A. Times editorial board blamed the loss on “confused Latinos” who were too stupid to understand what the proposition was about. The board also slammed “the electorate” for being “conservative when it comes to confronting racial inequity.”

“So much for California’s racial reckoning,” the editors mournfully wept.

Meanwhile, establishment conservatives at National Review, Hot Air, and elsewhere took the defeat of Prop. 16 as proof that “minority voters reject identity politics,” because inside every Ibram Kendi is a Thomas Sowell crying to be freed. “Demography is not destiny,” wrote John Sexton at Hot Air; nonwhites are “opting out” of the Democrat identity-politics machine.

Reading these analyses is like watching a barnyard of decapitated chickens. Leftists simply can’t believe that in a year of “racial reckoning,” a minority-majority state like Cali would turn its back on “justice.” So of course, voters must have been “confused.” Conservatives, meanwhile, are torn. The ones who can’t bring themselves to see any good in this state also blame “confusion,” while the flags ’n’ Jesus optimists claim Prop. 16 went down because “nonwhites are natural Republicans we all bleed red” whatever whatever.

As the imbeciles on both sides succumb to their intracranial stenosis, let’s indulge in some clearheaded thinkin’.

No, the wording of the proposition was not confusing. The ballot summary was crystal clear: “Proposition 16 permits government decision-making policies to consider race, sex, color, ethnicity, or national origin to address diversity.” That’s hardly Aramaic. And knowing what Prop. 16 was, whites, Asians, and Latinos in California voted against it. Only blacks overwhelmingly supported it. And at a paltry 5.8% of the state population, black “overwhelming support” plus two bucks buys you a McNugget and Coke.

Yes, Asians were the strongest in opposition, and they led the field with individual donations to fund the No on 16 campaign. But Asian voters alone cannot decide a statewide initiative; at 15% of the population, they don’t have the numerical strength. It was actually the Latinos wot dun in Prop. 16. All fourteen of California’s Latino-majority counties voted against it.

But no, Prager U grads, Latinos and Asians did not rebuff Prop. 16 because they “rejected identity politics.” Something was indeed “rejected,” but no one wants to acknowledge what it was. Here’s a simple truth that none of the analysts left or right are willing to admit: Prop. 16 was a referendum on blacks. Not “diversity,” not “identity politics,” but blacks. Everyone with half a brain understood that Prop. 16 was there to help blacks, and blacks alone. Asians and Latinos are doing exceptionally well in the UC system (Asians are overrepresented, and Latinos, represented at roughly their percentage of the population, outnumber non-Hispanic whites). Blacks are the ones who need the “special help.” They’re the ones who feel like they can’t compete without being given extra points for melanin.

Proposition 16 posed a question to the people of California: Wanna help a brother out?

And Californians said no.

Asians said no for reasons of simple self-interest. For the average California Asian, this wasn’t dim sum but zero sum: A “leg up” for blacks means a kick up the ass for Asians. For every unqualified black who’s affirmative-actioned into college, a qualified Asian is denied.

For Latinos, affirmative action isn’t really their thing…because they don’t need it. Not due to academic excellence (à la Asians), but because Latinos get their way through numerical superiority, not begging, guilt-tripping, and bullying (à la blacks). Give Latinos an open border, and they’ll do the rest. It doesn’t profit them to give blacks special perks that come at the expense of the majority because in many California cities, Latinos are the majority (and they’re the largest plurality statewide).

Latinos see themselves as the future of the state. Blacks are the past (as I’ve covered in previous columns). For Latinos, every current black neighborhood is a future Latino neighborhood. The sooner blacks move out, the better. So there’s no motivation to make it easier for them to stay. You wanna go to college, Ja’Marquis? Move your black ass back to the Deep South and your beloved HBCUs.

Bottom line: California Latinos don’t need no stinkin’ affirmative action. Hispanics might use it when it’s there, because why not? But to them it’s a strategy, not the strategy. Whereas for blacks, it’s all they’ve got.

Now, with whites, one could argue that passing Prop. 16 would’ve been a logical progression of 2020. This has been a year of strong-arming whitey into sacrificing in the name of “racial justice.” Police protection, safety and security, peace and quiet, personal property; whites in cities across the nation have surrendered these things in the name of the “debt” they supposedly owe to blacks. Prop. 16 asked whites to give up even more. And a lot of whites (primarily in L.A. and the Bay Area) did vote yes. But more voted no, and—combined with the Asian and Latino votes—that was enough to beat the bejesus out of the measure…even in the face of an imposing coalition of billionaires, corporations, tech giants, advocacy groups, and top politicos pushing for its passage.

The defeat of Prop. 16 was a black defeat, but not at the hands of conservative whites. That’s what makes this story instructive; it’s an illustration of how the demographics of “new America” will inevitably contribute to a waning of black influence. Nonblack minority-majority California just said “no” not only to blacks, but to every leftist “opinion leader” in the state who interceded on their behalf. It’s thoroughly grim news for black Americans, and it bodes poorly for the future, especially as most of the tricks black advocates have up their sleeve involve getting other demographic groups to act against their own best interests (not just regarding hiring and admissions preferences, but on issues like criminal justice “reform”).

In California, whites who care about their own best interests, combined with and emboldened by Latinos and Asians who do the same, were able to say no to the people to whom you’re never supposed to say no. And they dared to say “no” in this, the Year of Our Lord George Floyd’s martyrdom. When a numerically small community amasses outsize influence via temper tantrums, guilting, violence, and threats of violence, the tactic only works when everyone else buckles before it. On affirmative action, California found its sea legs. If this state contained any intelligent and capable GOP leaders—and it doesn’t—the same coalition that defeated Prop. 16 could in theory be assembled again to reverse some of the most damaging concessions the state has made to blacks in the past two decades (namely, the weakening of law enforcement).

That Asians and Latinos voted against Prop. 16 doesn’t mean they’re “natural Republicans” (sorry, Con Inc.). What it does mean is that in this of all years, white, Asian, and Latino Californians voted self-interest when blacks and their powerful allies told them not to. That’s seismic. A favor was asked by a rapidly declining population that rarely sees fit to prove worthy of those favors, and never returns them. And the favor was denied. Lord help blacks if this catches on. Next thing you know, Californians will realize they don’t have to let their shit get stolen.

Mind you, Prop. 16 lost on its own; the GOP didn’t lift a finger to defeat it. And today’s GOP, which would rather win a few black votes than an actual election, is unlikely to learn any of the lessons that 16’s ignominious end might teach.

Still, a man can dream.

Black Americans and their leftist overseers won a lot of victories this year via intimidation and terrorism. But they lost this one, and it was a key battle in a key state. Whether it’s a one-off or a trend, no one can say. But at least it’s not bad news, and in 2020, “not bad news” is the best we can hope for.