Can a Geriatric Germany Save Europe? 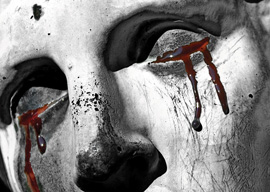 As Greece lurches on the precipice of default on its sovereign debt, a default that could bring down banks across Europe and precipitate a global financial panic, a consensus is building that there is but one way out.

First, a structured default on the Greek debt, giving creditors a major haircut, but compensating them with eurobonds of half the face value of the Greek bonds, guaranteed by the European Central Bank.

Second, a huge new European Financial Stabilization Facility of trillions of euros to recapitalize stricken banks and buy up the sovereign debt of Portugal, Italy, Ireland and Spain, should private investors flee their bonds.

Such a solution, however, depends upon Germany, the richest nation in Europe and major contributor to the ECB.

Hard-money Germans, however, do not relish bailing out the deadbeat nations of Club Med who have more generous welfare states than their own.

Politically, it may not be possible to cajole or coerce the Germans, indefinitely, into saving the eurozone, the collapse of which could bring on a depression and bring down the European Union itself.

There is another reason the European Monetary Union and EU may be headed for the boneyard: demography.

“Every decade of this century, Germany will become less able to sustain its dynamism, let alone carry the continent.”

Looking over the 2008 World Population Prospects from the United Nations’ Department of Economic and Social Affairs, one finds that the nation which is to carry Europe back to solvency is aging, shrinking and dying.

Every decade of this century, Germany will become less able to sustain its dynamism, let alone carry the continent.

Between 2010 and mid-century, 12 million Germans will disappear. In 2050, Germany will be a nation of 70 million, whose median age will have risen from 44 today to 51. And the life expectancy of all Germans will rise from today’s 80 years to 84.