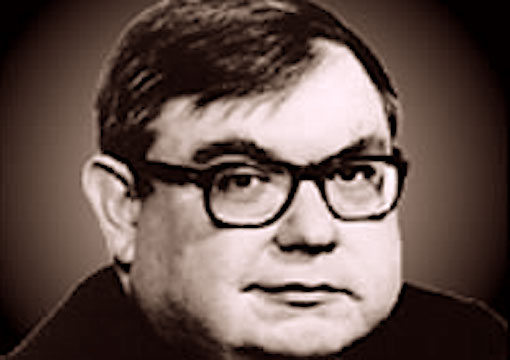 If you are under the age of 40, the odds are slim that you know much about Sam Francis or why his politics still matter. Francis died seventeen years ago and by that point had been relegated to the fringe for close to a decade. His contemporaries in what has become known as paleoconservatism are slowly departing this mortal coil, so Sam Francis is not a name that gets mentioned often today.

Despite the man’s obscurity, he continues to cast a shadow over American politics, even though most do not realize they are in his shadow. In fact, few of the newly minted nationalists and populists that the ruling class sees as a threat could tell you anything about Sam Francis, but they owe their politics to the man and his contemporaries who made up the paleoconservative movement.

Arguably, Sam Francis was the first victim of cancel culture. There have always been people in politics who clash with the consensus, but Francis was the first guy to be cast out like a demon by the great and the good. His crime was pointing out uncomfortable truths about the human condition that contradicted the emerging new religion of liberal democracy, so he was banished, and in a very public way.

“The shade of Sam Francis haunts our politics in the form of Trumpism.”

In May 1994, the neoconservatives running the American Enterprise Institute issued a fatwah against Francis. Eager to climb the ladder, a moral degenerate named Dinesh D’Souza took it upon himself to follow Francis around to speaking events, in order to catch him saying something heretical. D’Souza’s hit job on Francis appeared in The Washington Post, which triggered the mob to demand his head.

The highly theatrical firing and condemnation of Sam Francis set a precedent that remains with us today. Emboldened by this success, the neoconservatives then set to work purging the conservative movement of genuine conservatives. By the Bush years conservatism was just a skin suit worn by these people as they infested every nook and cranny of the political right.

The fall of Sam Francis in particular and the paleocons in general would be no more than an odd bit of history if not for one thing. The paleos were right about important things, especially about the neoconservatives. As a result, their observations and analysis of American politics keep returning in one form or another. The shade of Sam Francis haunts our politics in the form of Trumpism.

Now that the neocons have abandoned what is left of conservativism for their old friends on the so-called left, they seem to be tormented by the memory of their deeds thirty years ago. Bill Kristol, the public face of the neocon cult, is always bringing up Sam Francis to slander people aligned with Trump or Trumpism. He seems to think that chanting his name will make the bad people go away.

It is not just the guilty conscience of neocon geezers. Their new recruits seem to have inherited a fetish for bashing Sam Francis. This piece in Vanity Fair, written by one of the footstools at The Dispatch, is an effort to inform a new generation about the danger of even mentioning the name of Sam Francis. The writer is amusingly listed as the fact-check editor and culture editor for The Dispatch.

It is a bit ironic that the writer relies heavily on the work of Dinesh D’Souza, while slandering people like Blake Masters, who has mentioned Sam Francis in his race for Senate in Arizona. D’Souza is a proven liar who made up much of his account that got Sam Francis fired. Alex Dent seems to have the same lack of scruples. His piece is riddled with false representations and innuendo.

If he were alive, Francis would no doubt notice how the mask has dropped for his old antagonists and they no longer pretend to be men of the right. Some still claim they are the “true right,” but that is just an old habit. The neocons have not only slithered back over to the left, but they now embrace the language of the left. Alec Dent writes like a coed in a women’s studies program at a state university.

Francis would also note that the enemy of the Middle American radicals, what remains of the white middle class, is not so much the left but the right. Despite all of his faults, Donald Trump was the last genuine champion of normal white people in America. He advocated policies that were explicitly in the interests the Middle American radicals and he was condemned for it by so-called conservatives.

Of course, Francis saw this coming. He observed four decades ago that Buckley-style conservatism could never survive contact with the system. Because it offered no genuine critiques of the liberal order, it would inevitably succumb to all of the temptations of the liberal order. The movement that started out as a challenge to the excesses of liberal democracy has become the greatest champion of its excesses.

The past ten years have been defined by a growing realization that conservatism has managed to conserve nothing, despite having numbers on their side. Whether it was always a sham or simply became one, people are waking up to what Sam Francis warned about decades ago. The response for so-called conservatives has been to lock shields with the left to defend the system against fans of Sam Francis.

It is a good thing that the neoconservatives are feverishly trying to rebury the victims of their political assassinations. The young generation of right-wing radicals would have no reason to know the name Sam Francis if not for the toadies like Alex Dent writing hit pieces on a man dead for close to two decades. The neocons are keeping the memory of their victims alive so the next generation can discover them.