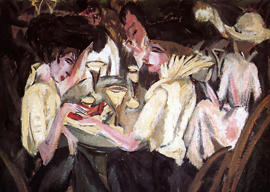 Are you a clubman? Have you ever been a member or do you intend to apply for membership to a club? Whether or not you are interested in joining a members club, they are an intriguing subject for amateur and professional sociologists. Clubs illustrate a specific place and period’s character. They offer an amusing peek at human posturing. It’s much like a zoo, only for bipeds.

Once upon a time, clubs were exclusively for gentlemen. They were created by and for the English upper classes. Women did not join. Tradesmen were not invited, and clubs were completely exclusive, such as White’s in London, established in 1693. The clubs were primarily political back then, having grown from 18th century coffee houses, though modern clubs have any number of reasons for being.

Groucho Marx was neither English nor upper class, but he understood the concept best. In a telegram to the Friars Club of Beverly Hills he said famously, “Please accept my resignation. I don”t want to belong to any club that will accept people like me as a member.” After all, he worked for a living.

“Certainly the number of terrific bores who frequent many of the world’s “exclusive” clubs was a disincentive.”

Nowadays there is a club for everybody. There are business clubs, clubs for women, clubs for Gentiles, clubs for Jewish people, clubs for golfers, clubs for skiers, clubs for tennis, beach clubs, nightclubs, and even yachting clubs in landlocked places such as Switzerland. Evidently, people really like clubs, and the socially insecure go out of their way to seek acceptance. They are usually soporific types if you ask me, which you haven”t, but I”ll bet on it anyway. We all know that special breed. They harass you for a signature and demand rather than request consideration. They are no Groucho Marx, and they would probably fit in better at a “gentlemen’s club” of the Playboy variety.

Fortunately I have only once been in the position to make such requests. For most of my life I have been happily club-free. I never wanted to be a member of any particular club nor had I ever found a club that had many friends with whom I wanted to regularly associate in our own clubhouse. Physical lethargy prevented me from joining any athletic clubs, and perhaps the general lack of youth clubs precluded me from finding a club of my own. Certainly the number of terrific bores who frequent many of the world’s “exclusive” clubs was a disincentive.

How times change. I joined three clubs this year. I surprised myself to realize that I actually want to spend time in places where I know a lot of people. Why be a stranger in a strange land? It’s as boring as going to a party where you don”t know anybody. But stranger things have happened. Someone recently told me about a rich man who came to town and invited people he didn”t know to his birthday party. Apparently he was surprised when people declined. That’s the thing about clubs: Proximity doesn”t necessarily ensure association, much like befriending members of the English upper class.